Please ensure Javascript is enabled for purposes of website accessibility
Log In Help Join The Motley Fool
Free Article Join Over 1 Million Premium Members And Get More In-Depth Stock Guidance and Research
By Lee Samaha - Apr 5, 2021 at 10:10AM

The current environment is favorable for auto parts retailers.

Shares of auto parts retailer AutoZone (AZO -9.46%) soared by 21.1% in March, according to data provided by S&P Global Market Intelligence. That upward surge was driven by the robust earnings report that the company released early in the month.

For its fiscal second quarter, which ended Feb. 13, AutoZone reported excellent same-store sales growth of 15.2%, demonstrating that it had recovered from the pandemic's impact. 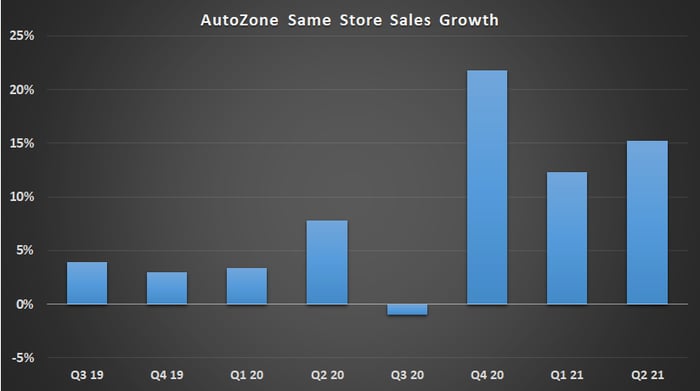 Discussing the retail environment, CEO Bill Rhodes noted that "many performance metrics remained at historically high levels." He also referred to a number of tailwinds, including government stimulus packages boosting DIY sales, and a "change in consumer behavior as a result of the pandemic." Meanwhile, AutoZone's commercial sales were up 15% in the quarter as management continued to pursue market share in the fragmented Do-It-For-Me (DIFM) marketplace.

The environment today looks positive for auto parts retailers. An economic recovery is looking likely, and the return of warm spring weather usually leads to an increase in the number of vehicle miles driven, which in turn leads to higher demand for auto parts.

And if pandemic-driven concerns about being in confined spaces with strangers persist, more people will be looking to avoid using public transport. Their increased use of private cars for transportation will lead to additional sales for auto parts retailers. 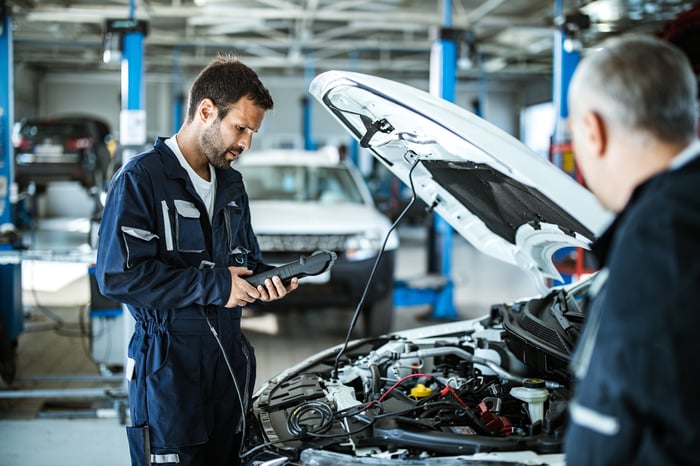 Also, new vehicle sales have been sluggish during the pandemic. So U.S. drivers are attempting to keep a larger number of older cars on the road, and those vehicles tend to need more repair work -- and more spare parts.

Wall Street analysts rushed to raise their price targets and ratings for AutoZone in the weeks after the earnings report was released, anticipating that many of the conditions that drove its strong performance are likely to persist for much of 2021. Meanwhile, AutoZone's potential to grab market share in the faster-growing DIFM market should give investors confidence in the retailer's future.

5 Investment Trends to Profit From a Post-Coronavirus World