March may have ended like a lamb, but it was the bears that made more noise with regards to this rare-earth minerals mining company.

After shooting 44% higher in February, shares of MP Materials (MP 4.56%) fell 14% in March, according to data provided by S&P Global Market Intelligence. Things had been looking good for investors through most of the month; the stock had risen almost 10% through the first three weeks of March, driven in part by a strong fourth-quarter 2020 earnings report that featured the company beating analysts' expectations on both the top and bottom lines.

But then things headed south quickly. Management's announcement addressing how the company would be raising capital abruptly eclipsed the memory of the company's Q4 earnings report. 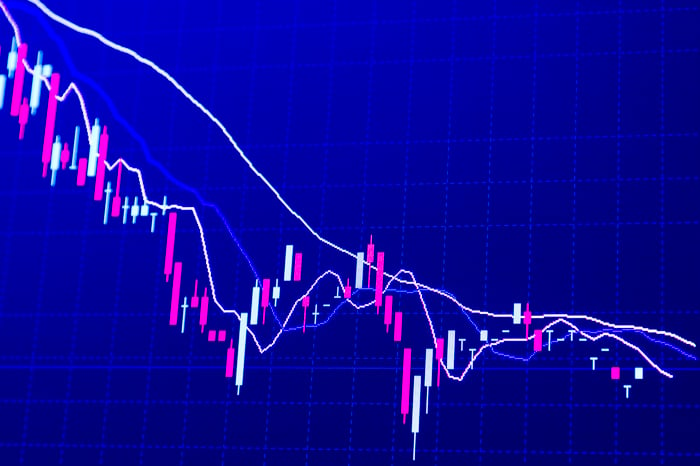 Shareholders had a lot to celebrate last month. On March 10, Cowen initiated coverage of the stock and assigned a $50 price target, representing about 25% of upside from where the stock was trading at the time of the announcement. A week later, more favorable news came as the company reported Q4 2020 earnings. Besides doubling revenue compared to Q4 2019, MP Materials reported net income of $24 million -- 23 times more than the $1.04 million that it reported during the same period last year.

But then the bad news came. On March 22, MP Materials announced that current stockholders intended to sell 8 million shares of stock in a secondary offering; moreover, the underwriters would have the option to purchase an additional 1.2 million shares in the subsequent 30-day period. While MP Materials will not receive proceeds from the sale, it will also not result in dilution as no new shares will be issued. On the other hand, MP Materials, on the same day, announced that it planned to raise $500 million through the offering of a green convertible bond due 2026. 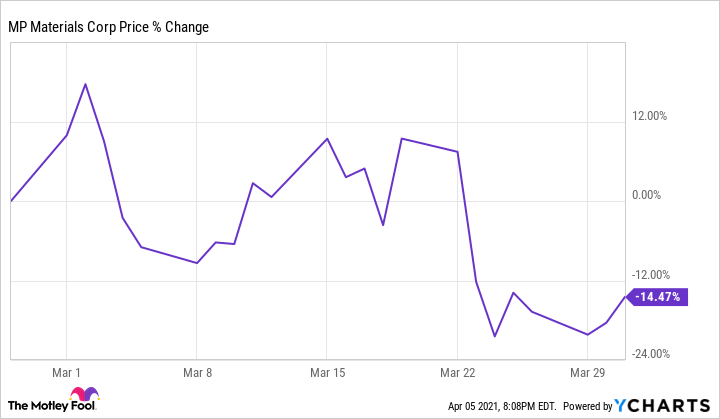 In addition, the company stated that it planned on offering the underwriters an option to purchase another $75 million in notes. Unlike the first announcement, this deal could subject shareholders to future dilution, hence the stock's sell-off.

Although investors rejoiced at the company's fourth-quarter earnings report, they turned sour upon learning of the insiders' decision to sell 8 million shares. Granted, shareholders won't suffer dilution, but it could signal that insiders believed that the stock's impressive performance since its initial public offering (IPO) would not extend much higher in the near future. Likewise, news of the company's intent to issue the green bond -- and the prospect of future dilution -- failed to make investors happy. Investors, however, who recognize the company's competitive advantage as the owner and operator of the only rare-earth minerals asset in North America may be rewarded for their patience, thus MP Materials is certainly a stock that growth investors should keep on their radars.