Please ensure Javascript is enabled for purposes of website accessibility
Log In Help Join The Motley Fool
Free Article Join Over 1 Million Premium Members And Get More In-Depth Stock Guidance and Research
By Ryan Henderson - Apr 6, 2021 at 10:25AM

Forget past returns, the winning stock in this comparison looks better over the coming years.

Though AT&T (T 0.94%) and Spotify Technology (SPOT 1.42%) are two completely separate businesses, weighing opportunity costs between two companies can be quite useful as part of the decision-making process on a potential stock investment. While each company has its own management team, capital structure, and strategy, both are vying for shareholder dollars and have some similarities as well.

With that in mind, let's see which of these two companies is more deserving of an investment.

Spotify is the world's largest audio-streaming platform. It offers music streaming services to 345 million listeners globally and generated $9.3 billion in advertising and subscription revenues in 2020, up 16.5% from the year before. Since 2016, Spotify has increased its total number of monthly active users (MAUs) by 178%. But there's more for investors to consider than just revenue and user count. 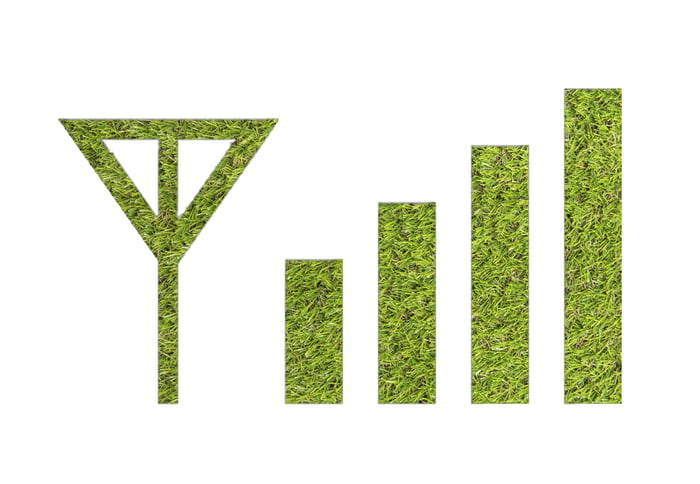 Since Spotify doesn't own the music itself, it pays out royalties to the rights owners in order to license it. Royalty distributions eat up a large chunk out of Spotify's revenue, leaving the company with what most investors might deem a meager gross margin: 26.5%. Bear in mind though that while this number certainly looks low, it can change over time.

Over recent years, Spotify has made almost $1 billion worth of investments into the podcasting space. Podcasting not only brings in new sources of revenue but also introduces different economics as well. Podcasting distribution services like Anchor and Megaphone connect shows with sponsors and take a share of the ad spend for doing so. While the exact profit margins on the business are unknown, it's safe to assume that they're more favorable than Spotify's core music-streaming business.

Podcast listenership on Spotify is up 99% versus a year ago, yet the bulk of audio advertising spend it receives is still from linear radio. According to the website Inside Radio, roughly $15 billion was spent on radio advertising in the U.S. and Canada in 2020. Podcast ad spend, on the other hand, was less than $1 billion. As Spotify continues to optimize its ad insertion technology, it should be able to offer advertisers a more targeted experience compared to traditional radio.

As for its music streaming segment, as Spotify amasses a larger user base each year, its leverage with rights holders increases. Artists are opting to take lower distribution fees in exchange for promotion on Spotify's highly followed playlists. In short, owning the users is becoming more important than owning the music.

Founded in 1885, it's safe to say that telecommunications giant AT&T is at a much later stage of its business life cycle than Spotify. But just because it's older doesn't make it a worse investment. In 2020, AT&T generated $27.5 billion in free cash flow and paid out 55% of that FCF as dividends to its shareholders.

While AT&T's stock performance over the last five years has been poor, past performance doesn't necessarily reflect future returns. AT&T currently boasts a dividend yield of more than 6% and its stock only trades at a market cap of just under eight times its trailing-12-month free cash flow.

The main reason for this seemingly dirt-cheap valuation is the company's massive debt load. AT&T currently has $157 billion in total debt on its books with maturity dates extending out as far as 2097!

Though that total debt number seems like a large hurdle to overcome, the amount of leverage is trending in the right direction as management works to pay it down. Not only is total debt down 11% from 2018, but it's also worth remembering that AT&T consistently generates north of $25 billion in free cash flow per year, making paying that debt down over time very manageable.

In 2020, AT&T also replaced its CEO amid pressure from activist investors. For shareholders, this changing of the guard should hopefully mark a more conservative approach to capital allocation.

Despite the improvements AT&T has made in recent years, Spotify appears to have greater stock price upside from here. The company continues to increase gross margin, and it projects to have more than 400 million users by the end of 2021.

Though the music industry moves quite slowly, Spotify's financials should soon begin to reflect its role as the premier platform for audio consumption globally.