Please ensure Javascript is enabled for purposes of website accessibility
Log In Help Join The Motley Fool
Free Article Join Over 1 Million Premium Members And Get More In-Depth Stock Guidance and Research
By Keith Noonan - Apr 6, 2021 at 10:00AM

The entertainment company's streaming business seems to be gaining momentum.

Shares of Genius Brands (GNUS -0.17%) jumped 14.1% in March, according to data from S&P Global Market Intelligence. The stock gained ground after the children's entertainment company announced an expansion for its streaming platform and new content updates. 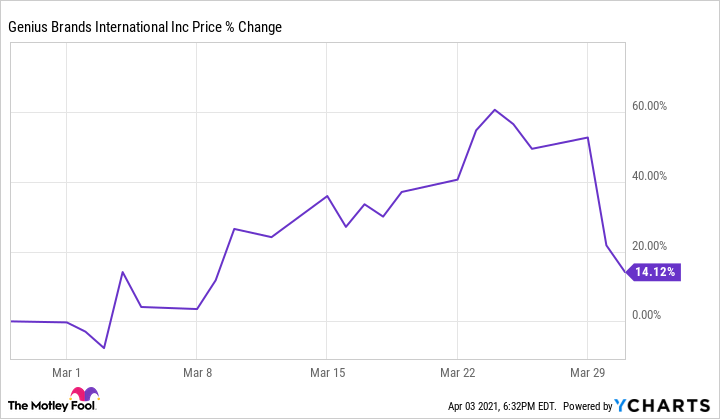 Genius Brands announced on March 4 that it was expanding its Kartoon Channel! streaming platform with the launch of a 24-hour, ad-supported service with scheduled programming. CEO Andy Heyward also released a letter to shareholders the same day stating that the sneak peek for the company's upcoming show Superhero Kindergarten had seen strong engagement. Heyward said that the sneak peek drove a significant uptick for Kartoon Channel!'s hours of viewership, unique users, and app installs. 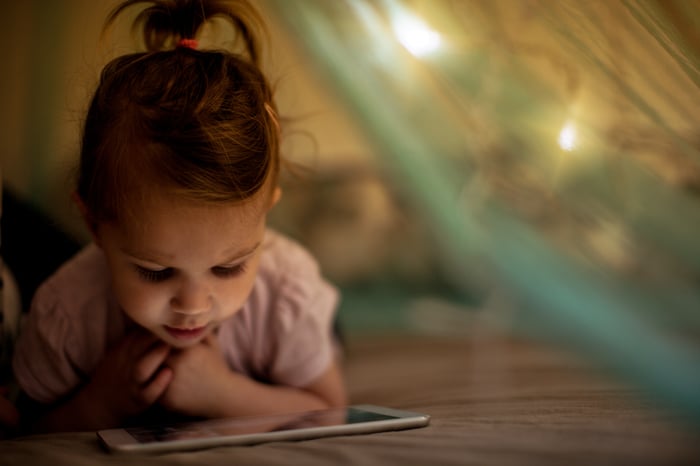 Superhero Kindergarten is a cartoon featuring the voice talents of Arnold Schwarzenegger and has been positioned as a content centerpiece for the company's Kartoon Channel! streaming platform. The show will make its debut on April 23. Heyward stated that the company was delighted with the early reception for the title, and investors will be looking forward to updates on how it performs after its release later this month.

Genius Brands brands announced on March 15 that it would be bringing a show based on the hugely popular video game Roblox to its streaming service. The next day, the company published a press release announcing that it had formed a production team to work on its upcoming animated comedy Shaq's Garage. The show is set to premiere on Kartoon Channel! this fall and stars NBA great Shaquille O'Neal.

The company also announced a partnership with Walt Disney's Marvel unit at the end of the month, extending Genius' likeness rights to Stan Lee. As per the press release, the likeness rights will be used for future marketing content that celebrates the legacy of Marvel Studios.

Genius Brands has given up last month's double-digit gains early in April's trading. The company's share price has dipped roughly 10% in the month so far. 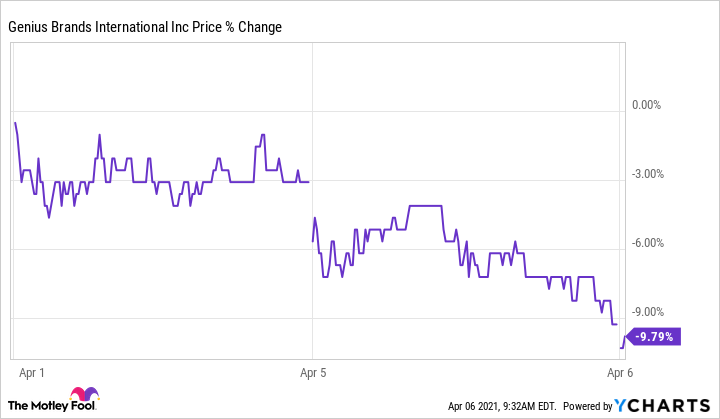 Genius Brands has been making impressive progress on getting Kartoon Channel! featured on mobile and connected television platforms, but it's too early to tell whether the service will be a hit. Operating streaming services and producing and licensing content tend to be resource intensive, and Genius will likely need to take on more debt or continue to offer new stock to fund its operations. Substantial new share offerings create the risk of dilution for investors, and Genius Brands continues to look risky despite its potential.