Please ensure Javascript is enabled for purposes of website accessibility
Log In Help Join The Motley Fool
Free Article Join Over 1 Million Premium Members And Get More In-Depth Stock Guidance and Research
By Keith Noonan - Apr 6, 2021 at 9:27AM

The SPAC pulled back last month, but its merger with AST & Science is almost a done deal.

Shares of New Providence Acquisition (NPA) dipped 15.7% in March, according to data from S&P Global Market Intelligence. Last month saw substantial stock sell-offs for many special purpose acquisition companies (SPACs), and New Providence was among those that suffered a double-digit pullback. 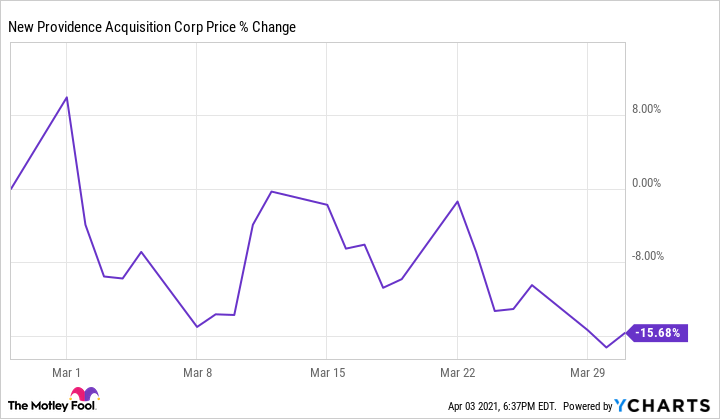 New Providence announced in mid-December that it would be acquiring space-focused telecommunications company AST & Science and bringing the company public through the merger. The SPAC's share price jumped following the news and it went on to hit a lifetime high of $25.37 in February. However, market enthusiasm for growth-dependent technology stocks started to waver, and the stock is now down 50% from its high mark. 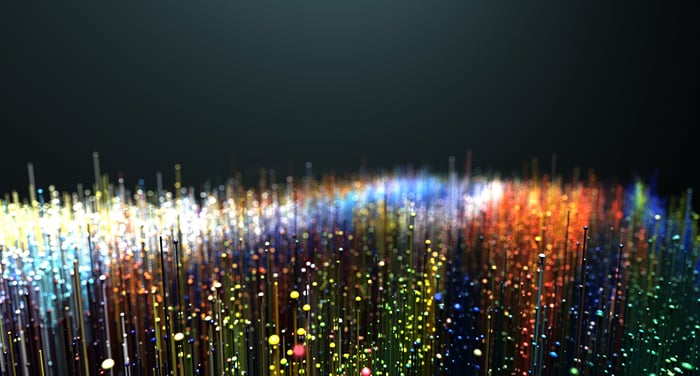 New Providence Acquisition is combining with AST & Science to form AST SpaceMobile. Based on the merger announcement published late last year, the combined company will have an adjusted enterprise value of approximately $1.4 billion and an equity value of roughly $1.8 billion.

Despite March's pullback, the market has shown an appetite for space stocks, and New Providence Acquisition's share price has still climbed roughly 28% over the last year. AST SpaceMobile already has a deal with Vodafone Group to provide space-based cellular service for 4G and 5G compatible phones, and bulls are hoping the service can strike a good balance between performance and price. High-performance satellite-based internet is technology worth keeping an eye on because it could speed up economic development in many emerging markets, in addition to advancing Internet-of-Things technologies and having a wide range of other connectivity applications.

New Providence Acquisition stock has made gains early in April ahead of its soon-to-be finalized merger. The SPAC's share price has risen nearly 10% in the month's trading so far. 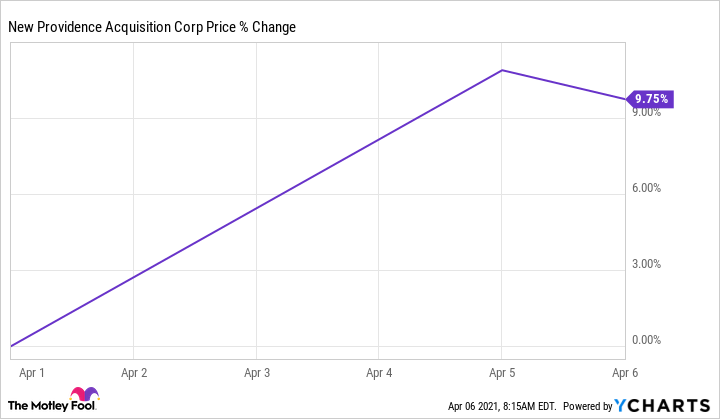 New Providence Acquisition's merger with AST & Science was approved by stockholders on April 1. The combination is expected to be completed today or shortly after, and the company will then begin operating as AST SpaceMobile and trading under the ticker symbol ASTS on the Nasdaq Stock Market. AST SpaceMobile expects to generate roughly $462 million from the combination and stock listing.