Please ensure Javascript is enabled for purposes of website accessibility
Log In Help Join The Motley Fool
Free Article Join Over 1 Million Premium Members And Get More In-Depth Stock Guidance and Research
By Keith Noonan - Updated Apr 6, 2021 at 8:27AM

Investors could be overlooking growth opportunities created by the SPAC's upcoming merger with BarkBox.

Shares of Northern Star Acquisition (STIC) dipped 11% in March, according to data from S&P Global Market Intelligence. There wasn't much in the way of company-specific news for the special purpose acquisition company (SPAC), but its stock pulled back amid sell-offs for growth-dependent tech stocks that rocked the market last month. 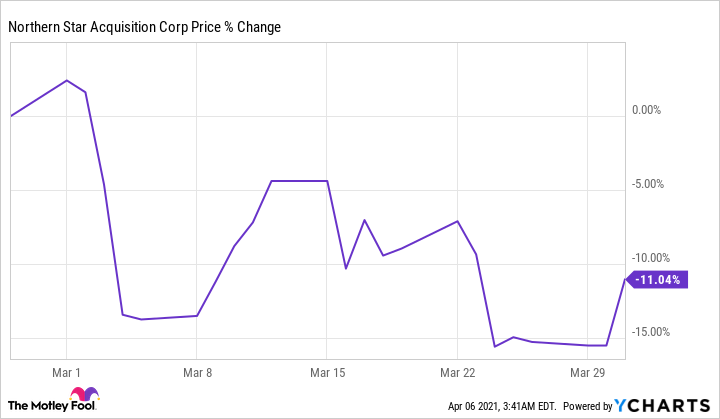 Northern Star Acquisition is planning to merge with BarkBox, a pet-focused e-commerce company, by the end of this quarter. By all indications, the merger is still on track to be completed. However, investors appear to have become more cautious about the combined company's prospects as valuations for tech stocks took a hit last month. 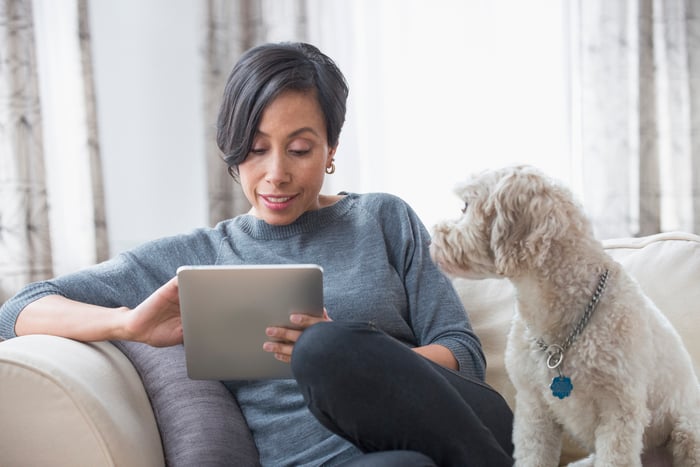 Investors shied away from stocks that traded at highly growth-dependent sales and earnings multiples in March, prompting a double-digit decline for Northern Star Acquisition's share price. Unlike many SPACs, Northern Star's valuation didn't get a big boost after the company announced its merger target back in December. The stock has slid roughly 8% since market close on the day of its initial public offering in December, and it's down about 21.5% across 2021's trading.

In all likelihood, Northern Star's merger with BarkBox should easily pass its upcoming approval vote. Following completion of the merger, the combined company will operate under the BarkBox name and trade under the ticker symbol BARK on the New York Stock Exchange.

The market for e-commerce pet supply services is still relatively young and has plenty of room for growth over the long term. BarkBox isn't the only competitor in the space, and it's significantly smaller than current category leader Chewy, but there's a good chance that the niche can support multiple successful players.