Please ensure Javascript is enabled for purposes of website accessibility
Log In Help Join The Motley Fool
Free Article Join Over 1 Million Premium Members And Get More In-Depth Stock Guidance and Research
By Keith Noonan - Updated Apr 6, 2021 at 8:08AM

The real estate tech company's fourth-quarter loss came in much bigger than expected.

Shares of Opendoor Technologies (OPEN 2.11%) dipped 24.4% in March, according to data from S&P Global Market Intelligence. The real estate technology stock sold off following its fourth-quarter earnings release early in the month and also appears to have been pressured by coverage from analysts. 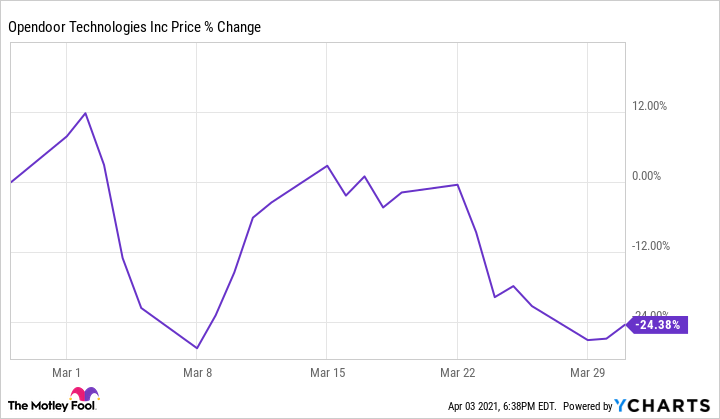 Opendoor published its quarterly results on March 4, with sales topping expectations but earnings falling far short of Wall Street's target. The company's sales fell 80% year over year to land at $248.9 million, beating the average analyst sales target by roughly $5.5 million. However, the company's loss per share of $0.49 in the period was significantly worse than the average analyst estimate's call for a per-share loss of $0.10. 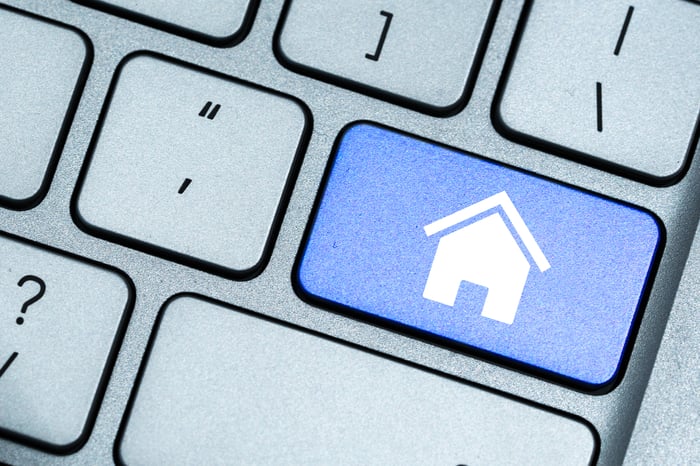 In December, Opendoor was taken public through a merger with Social Capital Hedosophia II, a special purpose acquisition company led by venture capitalist Chamath Palihapitiya. The deal valued Opendoor at about $4.8 billion, but the combined company's market cap skyrocketed following its new public listing -- reaching $18 billion. The stock has now fallen nearly 30% since market close on the day of its initial public offering late last year, but the deal has still been a huge success.

Opendoor was rapidly growing its business before the pandemic hit, but pressures in the real estate market created a much more challenging operating backdrop. The company's core business revolves around making all-cash, as-is home purchases and then selling properties to other buyers at an increased price. Opendoor looks primed for big sales growth over the next few years, but it's still posting big losses, and the earnings miss last month prompted sell-offs for the stock.

Opendoor technologies stock has dipped further early in April's trading. The company's share price is down roughly 3.8% in the month so far. 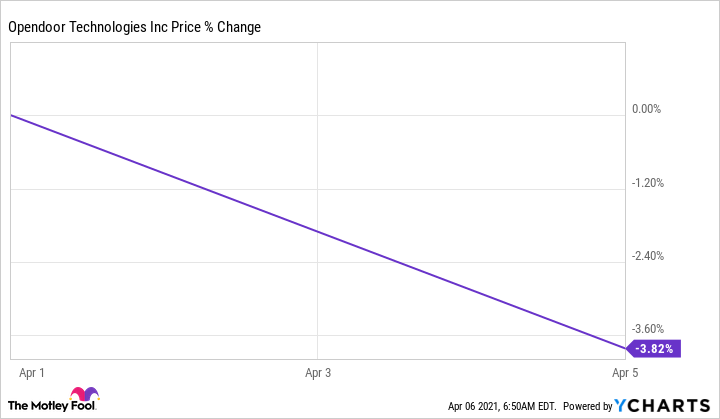 Opendoor now has a market capitalization of about $12 billion and trades at three times this year's expected sales. That multiple might look low considering the company's expansion potential, but getting the business to profitability could be a big challenge even though are signs that the business is picking back up.

Management expects sales in the first quarter to come in between $600 million and $625 million, representing sequential growth of roughly 146% at the midpoint of the target. Opendoor also plans to launch in six new markets this quarter.

How Big Is Opendoor's Opportunity? 2 Charts You Need to See