These tech companies could gain big slices of the growing AR market over the next decade. 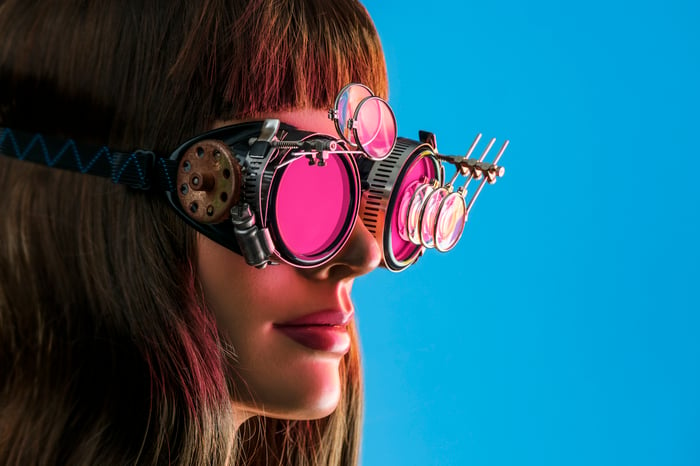 Vuzix's annual revenue rose more than fivefold between 2016 and 2020, but it only started attracting more investors after launching its consumer-facing Blade AR glasses in 2019. It also sold more of its M400 glasses to companies last year as the pandemic sparked a shift to remote work.

The company's revenue rose 74% to $11.6 million in 2020, and analysts expect its revenue to grow 88% in 2021 and another 87% in 2022. Vuzix isn't profitable yet, and its stock initially looks expensive at more than 70 times this year's sales. But if it can maintain its robust growth rates and expand its lineup of AR devices, the stock could still have a lot of room to run as the nascent AR market grows.

Grand View Research expects the AR market to expand at a compound annual growth rate (CAGR) of 43.8% between 2021 and 2028 into a $340 billion market. If Vuzix claims just a thin sliver of that market, its could generate more multibagger returns over the next few years.

Five years ago, Microsoft launched the HoloLens, an enterprise-facing AR headset that dazzled industry watchers with its demos of remote work and tabletop Minecraft. But that enthusiasm gradually waned as Microsoft continued to sell the device to developers and big enterprise customers for $3,000 instead of launching a cheaper and lighter version for mainstream consumers. In 2019, it launched the upgraded HoloLens 2 for $3,500. 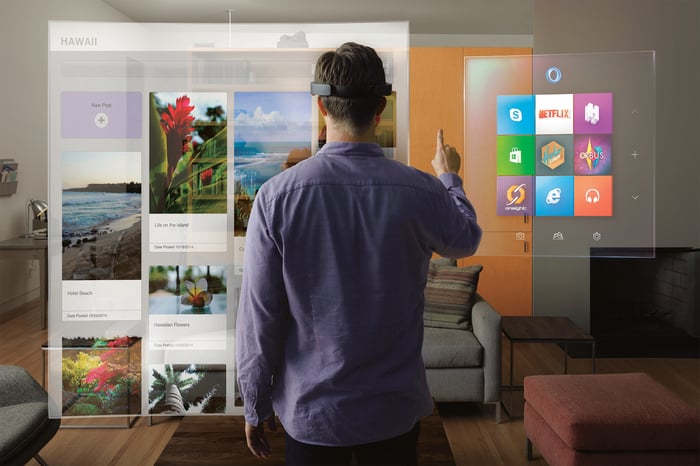 As a result, the HoloLens was widely considered a niche device that gave Microsoft a firm foothold in the AR market but couldn't generate any meaningful revenues yet.

But all that changed earlier this year when the U.S. Army agreed to spend up to $21.88 billion on Microsoft's headsets over the next 10 years. The Army previously purchased $480 million in HoloLens headsets for combat and training purposes, and the expanded deal represents a strong vote of confidence for Microsoft's AR efforts.

The Army's new contract would only represent 1% of Microsoft's estimated revenues next year but marks a big step in turning the HoloLens into a major hardware business alongside its Xbox gaming consoles and Surface devices.

Microsoft's new collaborative platform Mesh could also eventually replace Skype and Teams by allowing headset-donning users to socialize or work with each other in virtual spaces.

Snap, which owns Snapchat, is often considered a social media company. But in its initial public offering (IPO) filing four years ago, it called itself a "camera company."

Snapchat's 265 million daily active users will likely agree, since the app was initially designed for chatting via vanishing photos and messages. Snap subsequently expanded Snapchat's camera with AR lenses and games, which can be created by individuals, developers, and brands.

The company continues to launch new versions of its Spectacles smartglasses and intends to launch a selfie drone in the near future. Those new hardware devices could expand Snap's AR ecosystem beyond its main app and further differentiate Snapchat from other social networks.

Snap still generates nearly all of its revenue from Snapchat's ads, but the versatility of its AR tools also makes it a promising play on the AR market. Snap believes the growth of its core advertising business, buoyed by these new AR features, will enable it to generate more than 50% sales growth over the next few years -- so its high-flying stock could still have plenty of room to soar.