Please ensure Javascript is enabled for purposes of website accessibility
Log In Help Join The Motley Fool
Free Article Join Over 1 Million Premium Members And Get More In-Depth Stock Guidance and Research
By Dave Kovaleski - Apr 8, 2021 at 6:59AM

There are a few good reasons why this banking giant's stock should be on your radar.

The past decade has been a boon for growth investors, but coming out of this current pandemic-induced recession, value stocks are getting their day in the sun. As of April 6, the Russell 1000 Value Index was up 13% year-to-date while the Russell 1000 Growth Index is up about 4% year-to-date.

In March, the Wall Street Journal reported that it was the widest outperformance gap for value over growth since 2000 when the tech bubble burst. Twenty years later, value is surging after tech valuations soared but also as the economy improves post-recession (although the pandemic recession has yet to be officially declared as over).

Banks are among the value stocks leading the way right now, as most were badly battered during the pandemic. There are still a lot of great values in the banking industry and one of the best performers is JPMorgan Chase (JPM 6.19%). 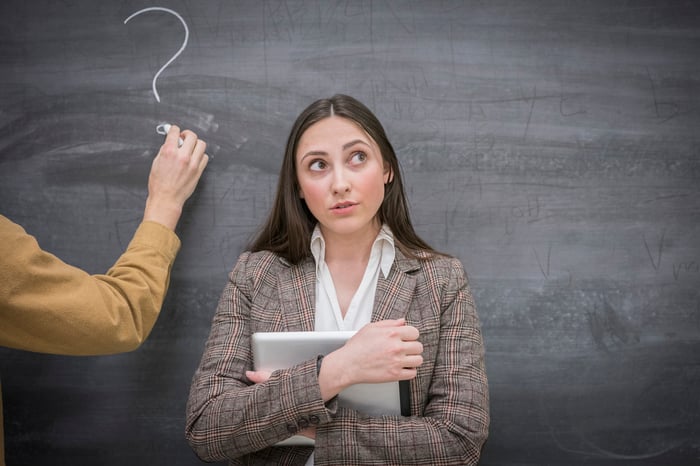 JPMorgan Chase is the largest bank in the U.S. and, over the past decade, it was the top-performing large bank. Its stock also outperformed its peers during the pandemic recession, down just 5% in 2020 when the other large banks saw their stock prices drop by double-digit percentages for the year.

The bank finished the year with net revenue in the fourth quarter of $30.2 billion, up 1% year over year, and net income of $12.1 billion, up 29% from the same quarter the previous year. Provision of credit losses was a $1.9 billion benefit in the quarter, after three straight quarters of reserve build. The $1.9 billion benefit was due to reserve releases reflecting an improving economy and a reduction in net charge-offs (bad debt unlikely to be recovered).

There are a couple of things that consistently set JPMorgan Chase apart through a variety of cycles, whether it's the Great Recession, the bull market, or the pandemic. One is its so-called "fortress balance sheet," a phrase used by CEO Jamie Dimon to describe the company's efficiency and focus on capital strength. In 2020, it raised its common equity tier 1 ratio, increased its book value per share 8% to $81.75, and posted a return on tangible common equity of 24%, up from 17% in the fourth quarter of 2019.

"We ended the year with a CET1 ratio of 13.1% [versus 12.4% at the beginning of the year] and capital above $200 billion, providing us with meaningful capacity to further invest in our business and communities while returning capital to our shareholders," Dimon said in the fourth-quarter earnings report.

The other benefit is its diverse revenue stream. It has four primary sources of revenue: consumer and community banking, corporate and investment banking, commercial banking, and asset and wealth management. The consumer banking arm -- which includes traditional banking and lending, along with credit card and auto loans -- is the largest while investment banking, which includes wholesale payments and markets trading, is the next biggest.

While the consumer banking group struggled last year, investment banking had a strong year, with revenue up 37% year over year in the fourth quarter. The volatility, in this case, helped as there was more trading activity as well as a need for advisory and underwriting services. The asset and wealth management and commercial banking segments are smaller, but they were also up last year, offsetting losses in consumer banking.

A good buy, by any name

JPMorgan Chase is a leader, or among the leaders, in all of these various business lines. With its strong balance sheet, it is not only able to weather downturns, but it can invest in its technology infrastructure and data capabilities to improve efficiency and performance. In 2021, Dimon said the company plans to invest $12.5 billion in technology. Also, the strong balance sheet allows it to make acquisitions to further bolster its businesses. The company has indicated it is interested in an acquisition, particularly in the asset management business.

Many consider JPMorgan Chase a good value because it is undervalued relative to its earnings power and position as a market leader. It has a forward price-to-earnings ratio of about 13.8, which is around the average P/E for financial institutions. It has a price-to-book value of just under 2, which is not in value territory but is relatively low compared to its growth potential in an improving macroeconomic environment.

The bottom line is, by any measure, JPMorgan Chase is a good buy right now.