Please ensure Javascript is enabled for purposes of website accessibility
Log In Help Join The Motley Fool
Free Article Join Over 1 Million Premium Members And Get More In-Depth Stock Guidance and Research
By Dave Kovaleski – Jun 26, 2020 at 6:00AM

Which 5 bank stocks have had the best annualized returns over the past 10 years, through the pandemic? Only 1 megabank made the list.

The economy has fallen into a recession for the first time in more than a decade amid the COVID-19 pandemic. Banks have been hit particularly hard, dealing with 0% benchmark interest rates and high credit losses.

As we approach the end of the second quarter, the markets remain uncertain and growth is expected to stay low for some time. The year-to-date numbers are not pretty, with banking stocks down about 33%.

But let's pull back the lens a bit to see which banks have not just navigated this crisis the best, but have been the best performers over the past decade, bookended by the Great Recession and COVID-19. The numbers would certainly look better if you examined returns for the 10 years ended Dec. 31, 2019, but it's important to include this most recent market correction for a more complete picture of resiliency.

After analyzing the returns of the 40 largest banks in the U.S., as compiled by the Federal Reserve, here are the 5 banks ranked by annualized returns from July 1, 2010, through the close of the market on Thursday. 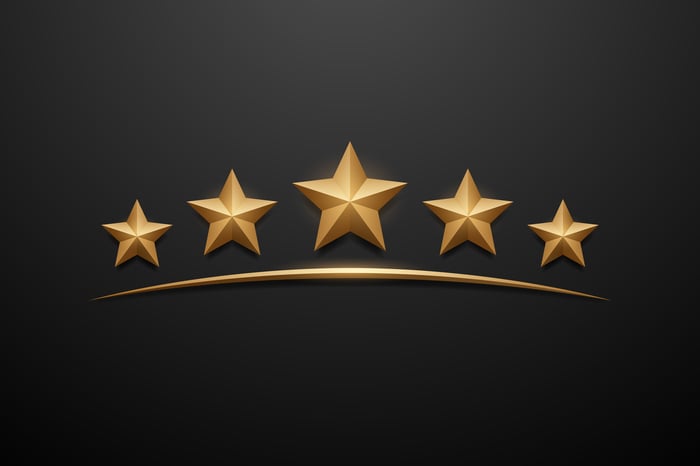 SVB Financial Group (SIVB -0.64%), based in Santa Clara, Calif., is the holding company for Silicon Valley Bank. The company has carved out a great niche for itself as a premier lender to start-ups in -- where else? -- Silicon Valley, as well as other "innovations centers" in the U.S., Asia, and Europe.

Its clients include 50% of all venture capital-backed tech and life sciences companies in the U.S. Overall, the bank has provided funding for more than 30,000 start-ups, many of which are considered "too risky" by more traditional banks.

Roughly half of SVB's loans go to private equity and venture capital firms, many of them bridge loans that are repaid once the borrowers get capital from limited partners. It is the 34th-largest bank in the U.S., with $72 billion in assets as of March 31. Ten years ago, SVB was trading at $43 per share; now it's up to about $215 per share, for an annualized 10-year return of about 17%.

First Republic Bank (FRC -1.60%), headquartered in San Francisco, is the 26th-largest bank in the country, with $123.9 billion in assets at the end of the first quarter. Technically, it hasn't quite been trading for 10 years, as it went public in December 2010 after it spun off from Merrill Lynch, which had been acquired by Bank of America. But given its 14% annualized return in the roughly 9.5 years since its IPO, going from $29 per share to $108 today, it's clearly a top 5 bank stock.

First Republic is another bank that caters to a certain niche, focusing on private banking for high-net-worth and business clients, primarily from wealthy areas like San Francisco, Boston, Los Angeles, San Diego, Connecticut, and New York City. It has been a good decade for wealthier individuals, and First Republic has stood out among the competition with its excellent white-glove customer service that features a single point of contact to coordinate all interactions for each client.

Discover Financial Services (DFS -0.55%) is perhaps best-known as a credit card company, but it is also an online bank with around $112 billion in assets, making it the 27th-largest in the U.S.

Over the past 10 years, Discover has gone from about $15 per share to around $51, for an annualized growth rate of roughly 13%. Discover is different from other the big names in the credit card space like Visa and Mastercard in that the cards are issued through their own bank, rather than through others like Citigroup. Discover also offers consumer banking services through its online platform, but most of its revenue comes from interest on its credit card balances. It has been able to encourage the use of its card to create higher balances, through the use of its innovative program of cash back for purchases. A decade of economic growth has kept those balances high and given Discover a competitive advantage over other banks.

Since July 1, 2010, the New York City-based bank has generated an annualized return of about 10.7% and is currently trading at around $105 per share. Like the others, Signature has been successful catering to an underserved niche within the banking industry. It offers private banking services to high-net-worth individuals and their businesses, with no retail banking operations. It serves the New York City area, including Long Island and Connecticut, where vast amounts of wealth are concentrated. In 2018, it expanded to San Francisco. Customers essentially get their own banker, a single point of contact for all their needs, and that service sets them apart.

JPMorgan Chase (JPM -1.56%) has clearly outperformed its megabank peers over the past 10 years. The banking behemoth has amassed about $2.7 trillion in assets and became the country's largest bank through the guidance of CEO Jamie Dimon.

Dimon's focus on a "fortress balance sheet" allowed the "too big to fail" bank to come out of the Great Recession on more solid footing than its peers, and enabled it to make key acquisitions of Bear Stearns and Washington Mutual that helped fuel its growth. Also, JPMorgan Chase has focused on digital banking, becoming the leader in digital banking users. These moves have pushed the share price up to about $97 per share today and an annualized 10-year return of about 9.4%.