Please ensure Javascript is enabled for purposes of website accessibility
Log In Help Join The Motley Fool
Free Article Join Over 1 Million Premium Members And Get More In-Depth Stock Guidance and Research
By Jon Quast - Updated Apr 9, 2021 at 10:54AM

These two traits could make these companies more able to adapt to change and to provide intrinsic motivation to employees.

Looking back at stocks that crushed the market can be depressing when you don't own these winners. For example, among the top 20 stocks from the beginning of 2010 to the end of 2019 are NVIDIA, Netflix, and MarketAxess Holdings. Over that decade, these stocks returned over 2,700%, 6,700%, and 4,000% respectively. Sadly, I've never owned any of them.

But what if you could turn missed opportunities into actionable insight for the future? I believe you can. As Mark Twain is supposed to have said, "History does not repeat itself, but it often rhymes." In that line of thought, NVIDIA, Netflix, and MarketAxess share at least two traits that we can measure and look for in other companies. Consider that these three companies are:

These two traits don't guarantee a stock will be a future winner. But if a company exhibits these characteristics, we know it has some of the same ingredients used in winning recipes, making it at least worthy of more research.

Narrowing my search to stocks that have historically underperformed the market, I've found three candidates for your consideration: Box (BOX -3.07%), Asana (ASAN -5.43%), and Bumble (BMBL -0.53%). 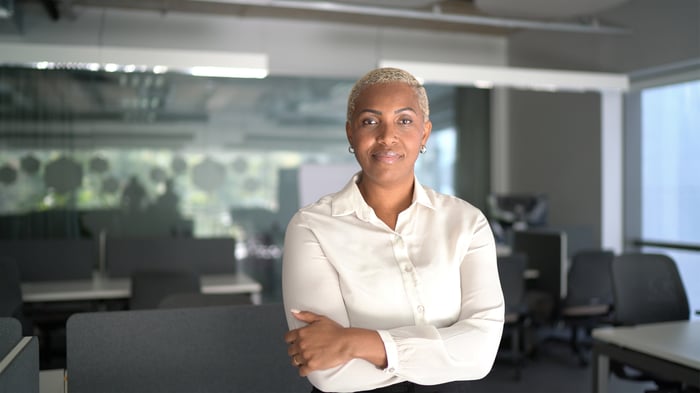 It's tempting to think investing is all about the numbers. But sometimes these numbers are positively influenced by things less mathematical. Having a founder in charge is an often-overlooked benefit.

A study published in 2016 examined data from 1993 to 2003, weighing founder-CEO public companies against non-founder-CEO companies of the S&P 500. To summarize, it concluded that founder-led companies were often more innovative, efficient (accomplishing more with less), and quick to adapt to changes.

These observations seem to be validated with what happened in 2020. According to a recent Reuters study, top founder-led technology stocks doubled from January to October while the S&P 500 was only up about 8% during that time. It seems these founders discovered ways to adapt to unprecedented circumstances from the COVID-19 pandemic.

But why might this be the case? If you think about it, it's logical. Going from a start-up to a multibillion-dollar enterprise is no small task, leaving founders who have strong leadership skills and a keen awareness of societal trends with a pronounced advantage. In 2020, the pandemic changed the world. Many founder-led companies capitalized on the shifts. 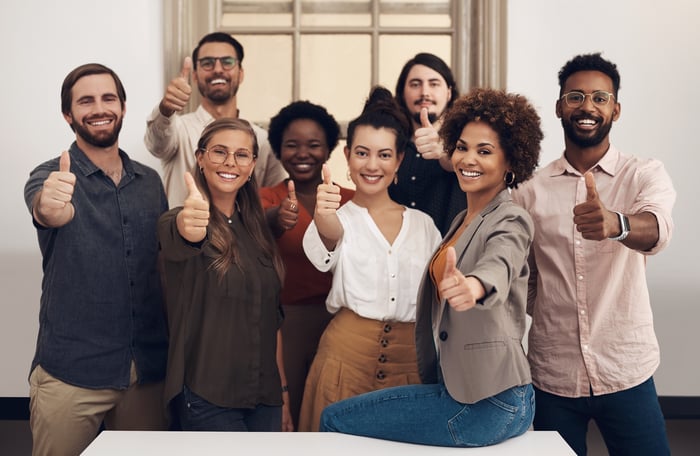 Why does employee satisfaction matter?

You probably can't buy a productive workforce. According to the Self-Determination Theory, championed by Edward Deci and Richard Ryan in the 1980s, there are two kinds of motivation: intrinsic and extrinsic. Money is an extrinsic motivator, and it's not very good at making people do their job. When someone's just in it for the money, they tend to only think about the money and not about the actual job.

Therefore, intrinsic motivation is needed. Intrinsic motivation can be driven by different factors, and it manifests itself in disparate ways. But it can be fostered by providing an environment where employees actually enjoy coming into work. Accordingly, a 2001 study found that job performance was often linked to job satisfaction.

Now meet our (so far) losers

Enterprise cloud-storage company Box had its initial public offering in 2015 and closed its first day of trading over $23 per share. That's more than what it trades for now six years later. Online dating platform Bumble and work-management software company Asana had their IPOs during the past year, closing their first days at around $70 and $30 per share, respectively. While it's a short time frame, both stocks have underperformed the market average since.

Here's how employees rate these workplaces and their founder CEOs, according to third-party work review site Glassdoor:

These are stellar Glassdoor ratings. But for each company, there's also more to like. For example, Box only grew its top line by 11% in 2020 (fiscal 2021), but it generated a record $120 million in free cash flow compared to $7 million in negative cash flow the year before. This drastic improvement on the bottom line suggests the company has better days ahead.

For its part, Asana helps businesses manage their workflows even when employees are mobile. What a perfect business right now as coronavirus vaccines are distributed and companies begin thinking through the logistics of managing a hybridization of working from home and working in the office! And the company has beaten Wall Street's expectations in its first couple of quarters as a public company, something especially worth watching during its first year.

Finally, it's easy to be excited about Bumble. Founder and CEO Whitney Wolfe Herd is the youngest woman ever to take her company public. She's in the same age bracket as her target customers, implying she understands their wants and needs. And Bumble differentiates itself from other dating apps by putting a high value on safety for women, which makes me think this platform could gain traction in the coming years.

The point of this article isn't to say these three stocks are buys, but rather to serve as a jumping-off point. These founder-led companies with happy workforces won't necessarily beat the market in the future like Netflix, NVIDIA, and MarketAxess did. But they're good candidates for doing more research.