The Canadian marijuana company will pay a 66% premium to acquire a rival.

Shares of Canopy Growth (CGC -5.96%) had dropped 2.7% by 11:50 a.m. EDT on Thursday after the Canadian cannabis company announced that it will acquire fellow Canadian producer Supreme Cannabis (OTC:SPRW.F).

Canopy Growth will pay for the acquisition in both stock and cash, trading 0.12 shares of its own stock, and a token $0.0001 (that's 1 penny per every 100 shares) for each share of Supreme Cannabis outstanding. In total, the deal works out to 435 million Canadian dollars ($348 million) -- 66% above Supreme Cannabis' closing price last night. In exchange, according to the announcement of the deal, Canopy will gain a top-10 marijuana company in Canada, a "low-cost and scalable cultivation facility," and one of Canada's leading premium brands in 7ACRES. 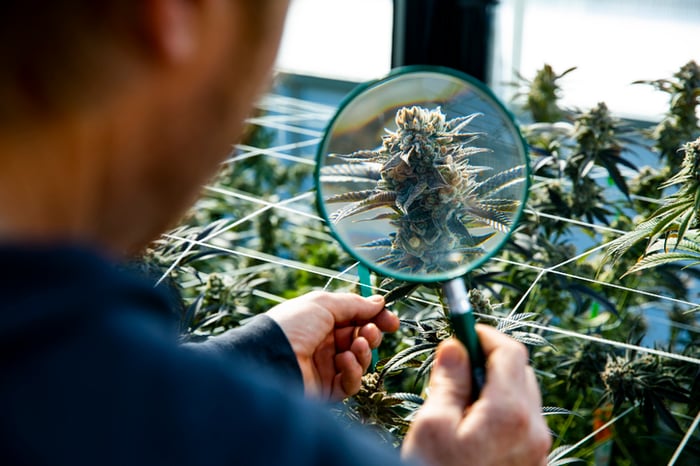 Still, in either currency, Canopy Growth is paying a 66% premium to acquire Supreme Cannabis. No wonder Canopy investors are wondering if this is a good price.

So is it a good price?

At $348 million, Canopy Growth is valuing Supreme Cannabis at about 8.85 times its $39.3 million in trailing-12-month sales (according to data from S&P Global Market Intelligence). That sounds like quite a lot, until you consider that at $11.5 billion in market capitalization, Canopy Growth stock costs 28.5 times its own trailing sales. (Neither company is currently profitable, which is why we have to value them both on sales.)

Viewed in that light, even at a 66% premium, it looks like Canopy Growth is getting a steal of a deal here.