After dropping 14% through the first two months of 2021, shares of Array Technologies (NASDAQ:ARRY), a manufacturer of tracking systems for utility-scale solar projects, failed to warm up in March. The stock plummeted 20%, according to data provided by S&P Global Market Intelligence.

Although the company had some sunny news when it reported fourth-quarter 2020 earnings and shared 2021 guidance, the excitement was short-lived. Investors responded more to the gray clouds of Wall Street sounding a wave of bearish sentiment about the company announcing a secondary stock offering. 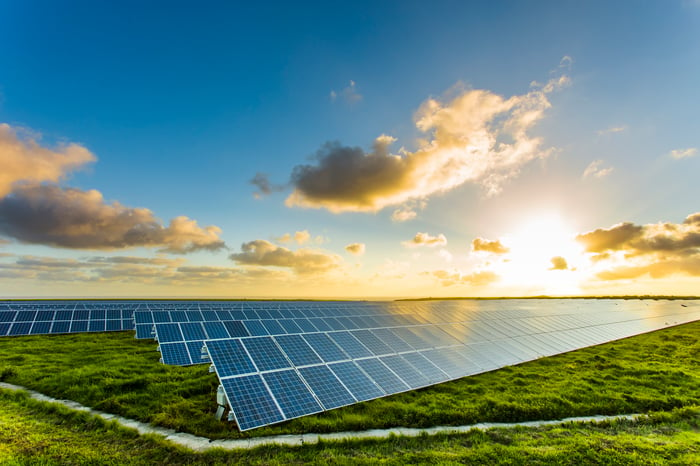 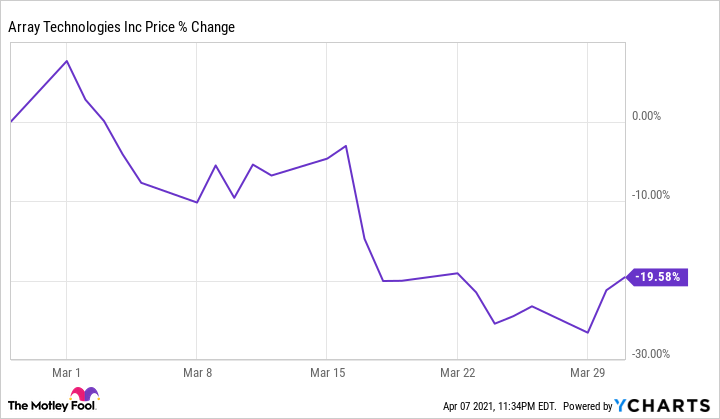 Investors, however, didn't bask in the company's revenue and earnings beats -- nor did they celebrate management's auspicious outlook for 2021. Instead, they focused on Wall Street's pessimism. The day before Array reported Q4 2020 earnings, for example, J.P. Morgan reduced its price target to $46 from $54 (though it kept an overweight rating), according to Thefly.com. The day after the company reported earnings, Roth Capital lowered its price target to $53 from $60.

But the more pressing concern for shareholders was news regarding its secondary stock offering. On March 16, Array announced it had commenced a public offering of more than 31 million shares; in addition, the underwriter had the option to purchase an additional 4.4 million shares. Two days later, shareholders learned that the 31 million shares would be priced at $28 per share -- below the stock's previous closing price of $29.64. While the company raised about $870 million with the secondary offering, investors also suffered significant dilution as the share count is now about 29% higher.

The decline in Array's stock price last month is not that surprising considering how investors are oftentimes unhappy with the prospect of suffering from dilution. Long-term investors, however, shouldn't balk at the company's secondary offering as it seems more desirable than weighing down the balance sheet with debt. Array ended 2020 with a net debt-to-EBITDA ratio of 2.7, but the company's financial health would become much more precarious if sought to raise the $870 million with a debt offering, resulting in a significant reliance on leverage.