NVIDIA's program to help start-ups succeed is a win-win for new businesses and the longtime tech leader.

Fast forward to today, and NVIDIA is the clear leader and innovator in GPUs -- not only for gaming, but across high performance computing, data centers, autonomous vehicles, and professional graphics markets. The stock price currently sits above $500, having undergone four splits in its history. 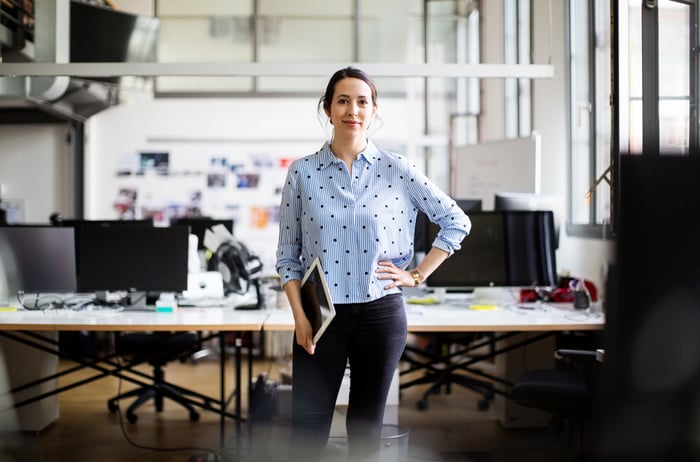 There is no denying the success NVIDIA has had through its innovation and sales growth. But if there's one thing I enjoy when researching an investment, it's learning about the pot of gold not always talked about in earnings calls: The kind of gift that keeps on giving to companies that are already industry leaders.

NVIDIA has that special gift. It's a membership program for start-ups, aptly named Inception. Described as an accelerator platform in the areas of artificial intelligence (AI), data science, and high performance computing (HPC), the program provides start-ups with the go-to-market support, expertise, and technology they need to become leaders in their areas. It also acts as a platform where companies can be introduced, work together, and identify new investors to support their plans.

In addition to the benefits of being supported by a leader such as NVIDIA and having social networking opportunities, members also have access to the NVIDIA Deep Learning Institute, opportunities to attend and present at the GPU Technology Conference, and can obtain preferred pricing on some GPU product lines.

What's really amazing about this program is that the membership is free. There are no application or membership fees. All you have to do is update your profile every six months to remain eligible for benefits. Sounds like a pretty great deal for start-ups, right?

What else to know

You might be asking: What does this mean for me as an investor? Great question. NVIDIA Inception hit a record 7,000 members at the end of 2020. That number is up 25% year over year, with healthcare as one of the leading segments, along with IT services and media and entertainment. NVIDIA also recently launched the NVIDIA Inception Alliance for Healthcare, starting with General Electric and Nuance Communications, to pave the way for start-ups in medical imaging.

According to Grandview Research, the global medical imaging market alone was valued at $15.9 billion in 2020 and is expected to grow at a compound annual growth rate (CAGR) of 5.2% from 2021 to 2028 to reach $28.6 billion by 2028. As those segments continue to grow, so too will NVIDIA and the companies supported through NVIDIA Inception.

The program is helping build the technologies that will shape our future, and puts NVIDIA front and center for these companies as they grow and potentially go public. It also provides NVIDIA with first-hand knowledge of technological advancements and gives it opportunities to invest in these start-ups. In 2020 alone, the venture capital arm of NVIDIA made investments in three Inception program start-ups: Plotly, Artsight, and Rescale.

Considering NVIDIA's own innovative leadership and product pipeline combined with direct access to a growing pipeline of start-up companies, it's easy to foresee the tech leader charting the path to our technological future, and its stock price cruising to new heights.