Which apparel retailer will generate bigger gains over the next few years?

lululemon athletica (LULU -3.15%) weathered the retail apocalypse over the past decade as shoppers continued to buy its high-end yoga apparel and activewear. It aggressively expanded its direct-to-consumer channel, nurtured customer loyalty with its free yoga classes and events, and repeatedly exceeded Wall Street's expectations with its double-digit sales growth.

That's why Lululemon's stock surged nearly 420% over the past five years as Gap's shares rose just 35%. But past performance never guarantees future gains, so we should take a fresh look at both apparel retailers to see if Lululemon will continue to outperform Gap. 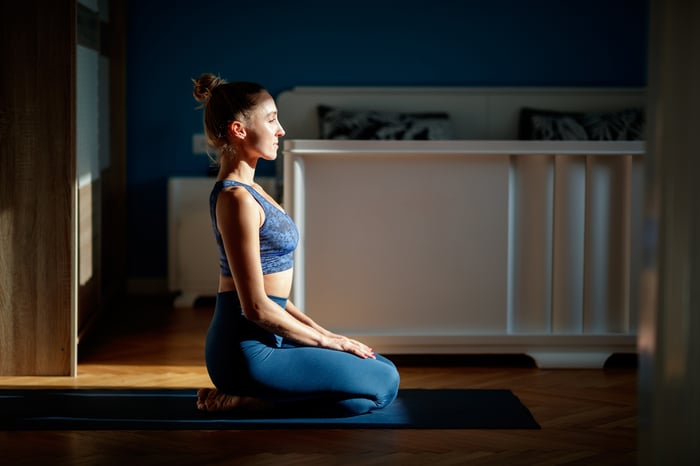 Lululemon's revenue rose 21% to $4 billion in fiscal 2019. Its comparable-store sales grew 17%, and its direct-to-consumer sales increased 35% and accounted for 29% of its top line. The company's gross and operating margins expanded, and its earnings climbed 37%.

In 2020, Lululemon's revenue grew 11% to $4.4 billion, even as most of its stores temporarily shut down during the pandemic in the first half of the year. It didn't report its full-year comps growth due to those closures, but its direct-to-consumer revenue surged 101% and accounted for 52% of its top line.

Lululemon's earnings declined 9%, as higher fulfillment costs for online orders and rising pandemic-related expenses squeezed its operating margin. However, its gross margin still expanded. It opened 30 new stores during the year to increase its total store count to 521 locations. Gap's revenue dipped 1% to $16.4 billion in fiscal 2019 and its total comps dropped 4%. Old Navy, Gap, and Banana Republic all posted negative comps, offsetting the growth of Athleta, its smaller yoga and activewear banner, which competes against Lululemon.

Gap's revenue dropped 16% to $13.8 billion in fiscal 2020, with declining sales across its three core banners offsetting Athleta's growth once again. Gap also closed down most of its stores in the first half of the year. The company's gross and operating margins contracted again and it ended the year with a net loss.

On the bright side, Gap's online sales rose 54% for the full year and accounted for 45% of its top line, compared to just 25% of sales in 2019. Athleta's sales also increased 16% for the full year and surpassed the $1 billion mark, which indicates the smaller brand can still keep growing in Lululemon's shadow.

But as Lululemon expanded its brick-and-mortar presence, Gap closed 228 Gap and Banana Republic stores during the year and reduced its total store count (including its other brands) by 5% to 3,715.

Lululemon and Gap both expect to grow through 2023. Lululemon's "Power of Three" plan, which it introduced in 2019, aims to generate double-digit annual sales growth through 2023 by doubling its men's revenue, doubling its digital sales, and quadrupling its international revenue.

Gap launched its "Power Plan 2023" initiative last October. It plans to expand its higher-growth Old Navy and Athleta brands, shutter hundreds of additional Gap and Banana Republic stores, and strengthen its e-commerce platforms. The company believes it can generate 70% of its revenue from Old Navy and Athleta by fiscal 2023, up from about 55% in 2020, and 80% of its total sales from online and off-mall locations.

Based on those assumptions, analysts expect Lululemon's revenue and earnings to rise 28% and 37%, respectively, this year. Those growth rates arguably justify its slightly higher forward P/E ratio of 40.

Wall Street expects Gap's revenue to increase 17% this year as it returns to profitability. Its stock seems cheaper at 17 times forward earnings, but that discount reflects the market's skepticism of Gap's turnaround plans.

However, Gap reinstated its dividend earlier this year, and it pays a forward yield of nearly 3%. That low valuation and high yield may limit its downside potential, but its recovery still remains uncertain.

Lululemon's stock trades at a higher valuation and it doesn't pay a dividend, but the company has generated years of double-digit sales growth while expanding its direct-to-consumer business. Gap, however, has a long history of missing Wall Street's conservative expectations.

Therefore, it's easier for me to believe in Lululemon's growth targets for 2023 than Gap's ambitious turnaround efforts. Gap isn't doomed yet, but I doubt it will outperform Lululemon over the next few years.