Shares of MicroStrategy (MSTR -3.39%) soared today, likely because the price of Bitcoin (BTC -3.51%) is also soaring. MicroStrategy owns quite a few Bitcoins, so it benefits when the price is rising. As of 3 p.m. EDT, the stock was up almost 16%.

MicroStrategy adopted a policy last year to primarily hold Bitcoins instead of cash. So whenever it has excess cash, it buys more Bitcoin. The company did this most recently last week with an extra $15 million it had. According to the filing with the Securities and Exchange Commission (SEC) last week, MicroStrategy bought 253 new Bitcoins to take its total to 91,579. 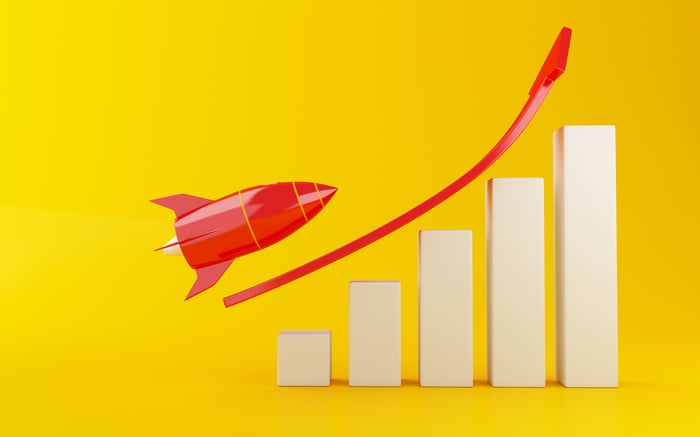 MicroStrategy has spent over $2.2 billion buying Bitcoin in recent months. And it's been a great move so far. The company has an average price of $24,311 per Bitcoin. With the price currently around $63,000, its holdings are now worth over $5.7 billion on paper. Keep in mind that until last year, this was a small-cap stock with a market capitalization of around $1 billion. Even now, the company's market cap is only $8 billion -- most of its value from the market is in its Bitcoin assets.

MicroStrategy's infatuation with Bitcoin has been controversial. For example, HSBC reportedly banned its customers from buying MicroStrategy stock recently, saying it's more of a "virtual currency product" than anything. Moreover, many investors don't seem to like its strategy -- there were over 1.5 million shares sold short as of March 31, which is roughly 21% of its float. That's a lot.

Its large Bitcoin holdings makes it hard to predict where MicroStrategy stock will trade tomorrow or next week. It's good for the stock today. But the future value of the stock depends a lot on what happens with cryptocurrency, adding a layer of complexity to this investment.