The cloud storage company's fate is in a precarious position even after a cash infusion from KKR.

Share prices of Box (BOX 1.75%) were down around 10% last week after it announced a new funding round from investment firm KKR (KKR 1.97%). The $500 million investment was likely a counterpunch to Starboard Value, which has held an activist stake in Box since the fall of 2019 and has increasingly tried to take control of the meandering software-as-a-service (SaaS) company.

Here's why these two funds are competing for control of Box stock, and how things may shake out going forward. 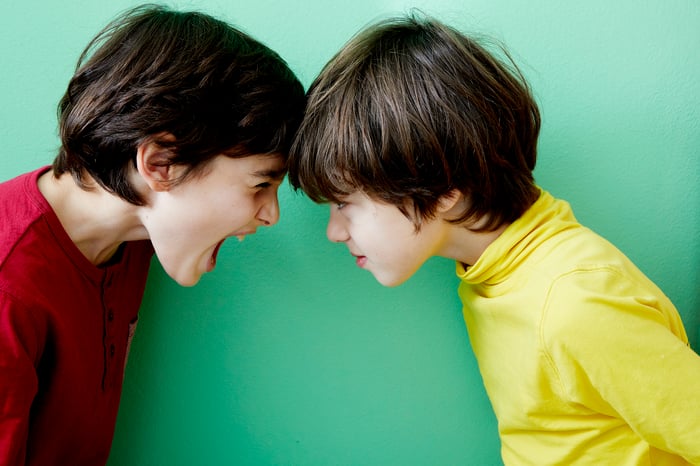 Starboard Value, the investment fund run by famous activist investor Carl Icahn, took a 7.5% stake in Box back in September of 2019. Then, in March of last year, it took three of the nine Box board seats, replacing longtime allies of the company. While it is unknown what Starboard's initial plans were, gaining board seats is a huge advantage for activist investors trying to gain control of a company.

Now, less than a month ago, Starboard is rumored to have gotten even more aggressive with Box management by wanting to gain three more board seats at the upcoming election (including that of founder and CEO Aaron Levie) and urging management to explore a potential sale of the business. Investors welcomed the rumors, shooting the stock price up around 20% in March alone. These rumors and anything else going on behind the scenes likely put pressure on the current executive team. If Starboard gains another three board seats, its total would come to six out of nine, giving the fund control of the board of directors.

With Starboard going full activist, Levie and Box management are looking to defend their control of the company. On April 8, Box announced a $500 million funding round from KKR in the form of convertible preferred stock. The investment will solely be used to buy back shares, pay a 3% dividend, and give KKR the option to convert its investment into an 11% stake in Box's common stock (before including any future share repurchases, which would lower the overall share count). John Park from KKR will also get a seat on the company's board of directors.

Why did Box issue preferred stock just to buy back shares and then have them converted back to common stock in a few years? For one, it gives it a reason to get a potential ally (Park) on the board of directors to fight against Starboard. But it also allows KKR to get a large stake in the company (at least 11%), which gives Box management that much more fighting power against Starboard if it tries to take full control of the business.

Even with these two investment groups battling it out with or against Box executives, it doesn't change the fact Box has struggled to grow its business, even with a huge work-from-home tailwind for its SaaS content management platform. Revenue only grew 11% last year and, while it generated $120 million in free cash flow at a 16% margin, Box's share count continues to balloon. Since 2015, Box's shares outstanding have increased from 121 million to an estimated 172 million at the end of this fiscal year. Given these factors, Starboard may have a point that current management isn't getting the job done for shareholders.

At the end of the day, while it is exciting to see Box management, Starboard, and KKR duke it out for control of the company, these headlines don't change much for individual investors. Box has a mediocre track record, is still struggling to grow even with a gigantic industry tailwind, and hasn't shown it can consistently grow free cash flow per share. Unless this changes, there's no reason to get excited about owning Box stock going forward.