With big growth trending for CPAP machines and related products, the two biggest names in sleep apnea are expected to prosper this year.

There's been a lot of talk about how the pandemic has adversely affected people's sleep. Whether it be from stress, the dreaded "COVID 10" weight gain, or just the disruption in normal patterns, people seem to be having a harder time getting a good night's rest.

ResMed (RMD 2.90%) and Fisher & Paykel (FSPKF 2.69%) are doing something about that and helping their investors rest easier, as well. The companies are among the leading makers of sleep apnea devices, such as continuous positive airway pressure (CPAP) machines. Many medical-device makers' businesses suffered during the pandemic because not as many people made regular doctor's office or sleep-center visits, but these two companies still saw their revenues -- and stock shares -- rise.

It's a very competitive space, with other major players such as Koninklijke Philips Electronics and General Electric also fighting for market share. The growth of sleep apnea products has also caught the attention of medical insurers, which have increasingly passed more of those costs onto consumers due to their concerns about the growing costs associated with sleep apnea care. 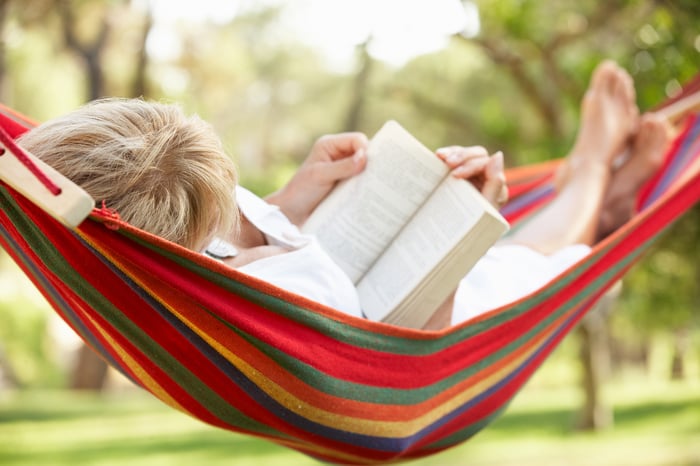 Fisher & Paykel's stock is up more than 42% over the past 12 months. The company has increased revenue and net profit for five consecutive years and is on pace for another year of growth.

Halfway through Fisher & Paykel's 2021 fiscal year, the New Zealand company, which operates in 80 countries, reported revenue of $910 million, up 59% year over year. Net profit of $225.5 million was up 86% compared to the same period in 2020. Three-quarters of that revenue came from the company's hospital sales, including invasive and noninvasive ventilation, nasal high-flow therapy, and laparoscopic and conventional surgery.

However, the company's homecare division, which includes devices and systems to treat sleep apnea, also did well, with revenue of $226.2 million, up 5% year over year. That was despite many sleep centers being closed during the pandemic. Now that many of them are reopening, that side of the business could improve.

There are plenty of other reasons to be pleased with the company's performance. So far this year, it has reported gross margin of 61.7%, and management raised its semiannual dividend by 33% last year to $0.16 a share, which works out to a yield of 0.97%.

ResMed could be a dream investment

ResMed's stock is up more than 28% over the past 12 months. The company, which manufactures and distributes medical devices and cloud-based software solutions to manage respiratory disorders including sleep apnea, was not slowed by the pandemic. That may be because, according to company research, a lot of people struggled with sleep disorders during coronavirus.

Over the past five years, the company's annual diluted earnings-per-share (EPS) growth has been 71.43%, even more than Fisher & Paykel's 53.55% climb over that same period. ResMed is based in San Diego, has more than 7,500 employees, and sells in more than 140 countries.

Management said it expects a 14.5% compound annual growth rate (CAGR) over the next five years. That's even better than the industry average. A Grand View Research report puts the CAGR for sleep apnea products at 6.2% through 2028, when the market size is expected to reach $6.1 billion.

Neither of these stocks is cheap, even by the standards of what many analysts say is an overheated market. Fisher & Paykel's price-to-earnings (P/E) ratio is 42.14, while ResMed's is 51.04. However, when you look at their P/E-to-growth (PEG) ratios, the expected growth of both companies shows them as actually undervalued, with both having ratios below 1 (0.802 for ResMed and 0.695 for Fisher & Paykel).

Of the two companies, I have more faith in ResMed because of its size and consistent EPS growth. Both companies, however, should do well this year, as there are an expected backlog of patients who put off being diagnosed for their sleep apnea last year.