The company comfortably exceeded analyst estimates on both the top and bottom lines.

Coca-Cola (KO 0.43%) is off to a good start this week after publishing its latest set of quarterly results.

In the sugary beverage giant's first quarter, net revenue grew by 5% on a year-over-year basis to hit $9 billion. This was driven by sales of the concentrate that makes its signature drink, which rose at the same rate. Net income, however, fell by 19% to just under $2.25 billion, or $0.52 per share. On an adjusted basis, the latter figure was $0.55 per share. 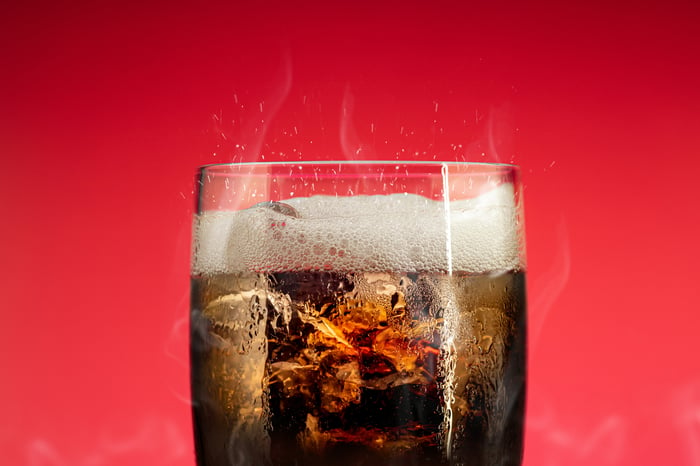 Both headline results were comfortably above analyst expectations. On average, analysts following the stock were anticipating $8.61 billion in revenue, and only $0.50 in adjusted, per-share net profit.

During the quarter, Coca-Cola continued to be affected by the coronavirus pandemic. While the company has benefited from increased food and beverage stocking by customers stuck at home, the continued weakness in the restaurant industry is affecting it negatively.

That dynamic is sure to change as the world -- hopefully -- emerges from the outbreak. In its earnings release, Coca-Cola more or less reiterated its cautiously optimistic guidance for the entirety of 2021. The company believes its adjusted revenue will rise at high single-digit percentage rates compared to 2020, with adjusted per-share earnings increasing at high single-digit to low double-digit rates.

If the global economy rebounds more powerfully from the pandemic, we might expect better growth numbers than the company is guiding.

In mid-afternoon trading on Monday, Coca-Cola stock was up slightly, against the 0.6% decline of the S&P 500 index.