Please ensure Javascript is enabled for purposes of website accessibility
Log In Help Join The Motley Fool
Free Article Join Over 1 Million Premium Members And Get More In-Depth Stock Guidance and Research
By Howard Smith - Apr 19, 2021 at 10:00AM

The Chinese electric vehicle maker is looking to expand charging availability in the country's vast geography.

Chinese electric vehicle (EV) company NIO (NIO 3.84%) tried to make a splash at the Shanghai auto show on Monday with an inaugural appearance of its upcoming ET7 luxury sedan, and the announcement of a new plan to provide broader availability of recharging and battery swap services.

The plan is a three-year initiative to add battery swap stations and various types of chargers and charging stations in eight provinces and autonomous areas of the country. NIO said in a statement, "The Power North Plan will significantly better the power experience of electric vehicle users in northern China." 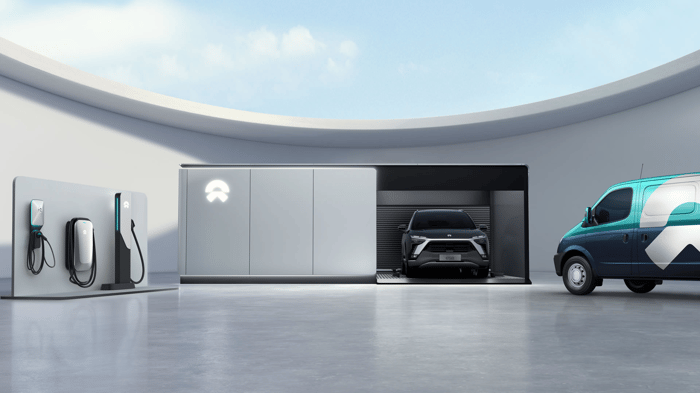 NIO's power solutions include internet-based networks for battery charging and battery swap stations. The company touts it as offering "a power service system with chargeable, swappable and upgradable batteries to provide users with power services catering to all scenarios."

The new Power North Plan aims to increase the country's EV market by easing consumer anxiety regarding battery life. It will result in a battery swap station or charger station about every 60 miles, on average, along highways, and will increase the density of charging and swapping stations in urban areas. The company also said that a vast majority of tourist attractions will also have such facilities.

The announcement of the plan came as the company presented its new ET7 luxury sedan at the Shanghai auto show. The high-end EV will be available next year, and is NIO's first sedan model, in contrast to its current SUV designs.