Please ensure Javascript is enabled for purposes of website accessibility
Log In Help Join The Motley Fool
Free Article Join Over 1 Million Premium Members And Get More In-Depth Stock Guidance and Research
By Keith Speights - Apr 19, 2021 at 11:29AM

The company has halted production of COVID-19 vaccines at its Baltimore facility as an FDA inspection moves forward.

Shares of Emergent BioSolutions (EBS -3.64%) were tumbling 9.9% lower as of noon EDT on Monday. The big drop came after the company revealed in a filing to the U.S. Securities and Exchange Commission (SEC) that it has agreed not to make any new material at its Bayview facility in Baltimore, Maryland, at the request of the U.S. Food and Drug Administration (FDA). This facility had previously produced COVID-19 vaccines for both AstraZeneca (AZN -0.10%) and Johnson & Johnson (JNJ 0.89%).

Emergent BioSolutions continues to reel from manufacturing issues at its Bayview facility that caused 15 million doses of Johnson & Johnson's COVID-19 vaccine to be discarded. The New York Times reported in late March that the company's staff had inadvertently contaminated a batch of J&J's vaccine with ingredients from AstraZeneca's COVID-19 vaccine. 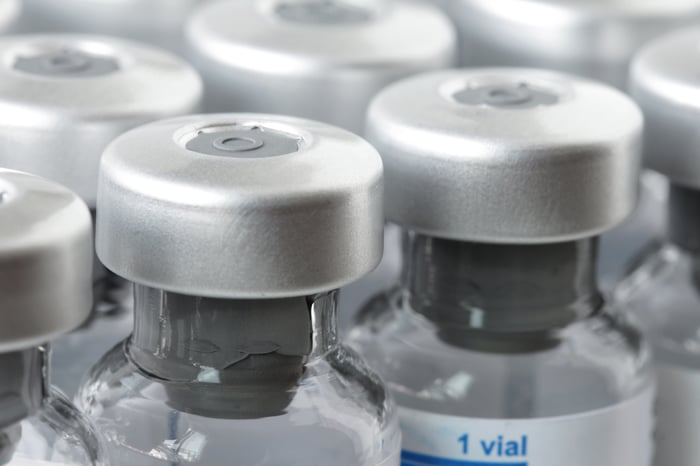 That highly publicized glitch led Johnson & Johnson to step in and temporarily manage the production of its vaccine at Emergent BioSolutions' Bayview facility. However, today's news means that J&J's efforts were short-lived.

Every aspect of this story is bad news for Emergent BioSolutions. The company has been regarded as a top contract manufacturer for drugs and vaccines in the past. The repercussions from the COVID-19 vaccine debacle at its Baltimore facility, though, could be long-lasting if customers opt to turn to other contract manufacturers in the future.

It remains to be seen how quickly Emergent BioSolutions will be able to move past the dark cloud hovering over it and for the healthcare stock to rebound. One important step will be to get the Bayview facility operational again. The FDA is continuing its inspection of the facility but hasn't yet announced when its review will be complete.