Please ensure Javascript is enabled for purposes of website accessibility
Log In Help Join The Motley Fool
Free Article Join Over 1 Million Premium Members And Get More In-Depth Stock Guidance and Research
By Dave Kovaleski - Apr 20, 2021 at 6:41AM

It taps into one of the hottest sectors in the market right now.

You may not have noticed it, but the financial sector is one of the hottest sectors in the stock market right now. It is up almost 20% year to date through Monday's close, beating the S&P 500 (up 11%) and every other sector except energy.

That may be a surprise, because financial stocks were so beaten down last year. But that's part of the reason for the sector's resurgence -- investors have been attracted by the low valuations and their expected growth in a recovering economy. If you're looking for some exposure to this sector but aren't sure where to start, one good option is the Vanguard Financials (VFH -0.45%) exchange-traded fund (ETF). Here are three reasons. 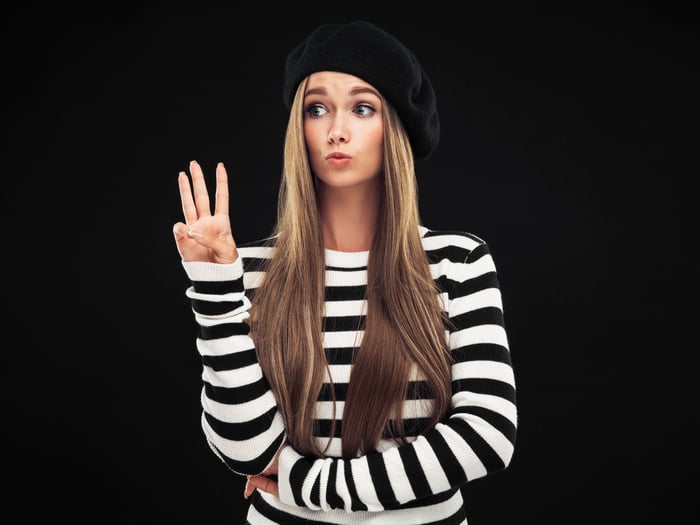 1. It has broad diversification in the sector

The Vanguard Financials ETF tracks the performance of the MSCI U.S. Investable Market Index Financials 25/50. This index tracks pretty much the entire U.S. stock market and its more than 2,300 stocks, so the Investable Market Index Financials 25/50 means it tracks pretty much all of the financial stocks in that index -- including those of large, midsize, and small companies. Currently, the ETF tracks 408 financial stocks.

That alone makes it fairly well diversified, but this ETF, due to the methodology of the index, is further diversified. It dictates that no more than 25% of the fund's assets may be invested in a single stock and that the combined positions of the largest 5% of the ETF cannot exceed 50% of the total assets of the fund (hence the "25/50" in its name).

The ETF's three largest holdings are JPMorgan Chase at roughly 10%, Berkshire Hathaway at 7.5%, and Bank of America at 6.5%. Most of the holdings are banks, but the ETF also includes insurance companies, asset managers, financial exchanges, financial data providers, mortgage real estate investment trusts (mREITS), and consumer finance companies, among others. Note that it does not include credit card companies and some of the payment providers, like PayPal and Square, which are considered tech stocks.

The portfolio is more diversified than its major competitors, including the Financial Select Sector SPDR, which recently had 66 holdings; the iShares U.S. Financials ETF, which had 232 holdings; and the Fidelity MSCI Financial Index ETF, at 388 holdings.

As sector-specific stocks are generally more volatile given their very nature, the greater mix of stocks within the financial sector provides additional ballast, as we saw over the past volatile year.

2. It has outperformed its peers

The diversified nature of the ETF enabled it to outperform most of its peers during the very volatile and difficult one-year period ending with Monday's close. It returned about 70% over the past year (a period that included the pandemic as well as the first-quarter recovery), which outperformed all of its the peers mentioned above.

In 2021, the Vanguard Financial ETF is up about 20% year to date, which is also tops among its peers. Looking longer term, the ETF has returned about 15% on an annualized basis over the past five years and roughly 12% over the past 10 years.

The other relative positive for this ETF is its minuscule expense ratio of 0.10%, which is lower than all the others mentioned above except the Fidelity MSCI Financial Index ETF, with its 0.08% expense ratio.

3. The outlook for the sector is good

While the financial sector is not a monolith, it is generally one that performs well in a strong and growing economy. When the economy is growing, more individuals and businesses are borrowing, spending, and investing, which is good for financial companies. The GDP is expected to grow between 6% and 8% in 2021, depending on the forecast, and to continue with anticipated 3.5% growth in 2022.

While interest rates are expected to remain in the 0% range for the foreseeable future, eventually -- in the next year or two -- they will start to tick back up as the economy grows. That is also great news for financial companies, many of which rely on interest income for a sizable portion of their revenue.

These forecasts suggest that financial stocks are not only a good investment right now, but the sector should also be in growth mode over the next few years. If you are looking to invest in the sector, the Vanguard Financials ETF is a great way to do it.

1 ETF That Holds Our Favorite Stocks