Please ensure Javascript is enabled for purposes of website accessibility
Log In Help Join The Motley Fool
Free Article Join Over 1 Million Premium Members And Get More In-Depth Stock Guidance and Research
By Billy Duberstein - Apr 20, 2021 at 9:00AM

4/20's half-century anniversary comes with a frenzy of activity as cannabis prohibition is rolled back across many U.S. states.

Did you know that today marks the 50th 4/20 holiday, the informal holiday celebrated by cannabis users across the world? While accounts of the origin of the term vary, 4/20 was reportedly coined by a group of Northern California high schoolers in 1971.

Flash forward 50 years, and while cannabis isn't officially legal at the federal level, there are only six states left in the U.S. in which cannabis is totally illegal in any form. Most U.S. states have legalized at least medical cannabis, and the November elections may have marked a tipping point in recreational cannabis legalization.

Five states legalized cannabis through a ballot measure, three more legalized weed in the new year through state legislatures, and a newly elected Democratic majority in Congress is likely to roll back certain federal prohibitions -- though it may stop short of full legalization. Today, much of the northeast, Illinois and Michigan in the Midwest, and basically the entire western U.S. have fully legalized recreational marijuana use.

Adding more fuel to the excitement, the House of Representatives just passed the SAFE Banking Act, which would allow U.S. banks to serve U.S. cannabis companies without fear of penalty. The bill will now move to the Senate, where it has stalled in the past, but could pass in some form with the new Democratic Senate majority.

As legalization activity has accelerated, U.S. cannabis companies are similarly accelerating their expansion plans, with leading players jockeying for position as the industry snowballs toward full legalization. Here are the big moves five U.S. multi-state operators (MSOs) are making on this momentous anniversary. 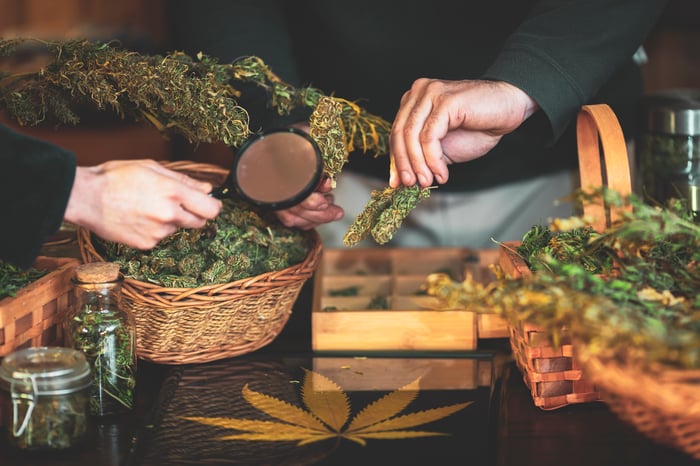 While lots of celebrities are looking to enter the cannabis business, few carry the same type of stoner bona fides as Seth Rogen. Rogen first launched his brand Houseplant in his home country of Canada in 2019.

Although Houseplant was initially only offered online through its website in the Los Angeles area, the company is now bringing Houseplant to select dispensaries throughout California. That includes expanding from LA to Northern California, where Houseplant selected The Apothecarium, the San Francisco-area dispensary brand owned by TerrAscend (TRSSF 2.81%), as its preferred retail outlet. The Apothecarium accounts for three out of four Houseplant San Francisco locations, and is the exclusive home for Houseplant in the nearby towns of Berkeley and Santa Cruz.

"With the vast number of dispensaries in California, we put a lot of effort into identifying the right ones that align with Houseplant's values," Rogan said in a statement. "The Apothecarium shares the same commitment to creating a strong consumer experience that we pride ourselves on and we are thrilled to bring our three initial strains to their stores in the Bay Area."

That's a pretty nice endorsement of TerrAscend's California operations -- a state in which profits have been hard to come by due to intense competition and a thriving illicit market. TerrAscend has benefited from nice growth and profitability in its core Pennsylvania operations, and recently expanded to both New Jersey and Maryland. Yet on its recent conference call, management claimed its San Francisco operations had been softer in 2020 due to the pandemic, with lower tourism and commuter traffic in the downtown area.

Also just in time for 4/20, Jushi Holdings (JUSHF 1.00%) announced yesterday it would be entering Massachusetts, the company's seventh state in which it sells or processes cannabis, in addition to hemp and CBD operations in New York. 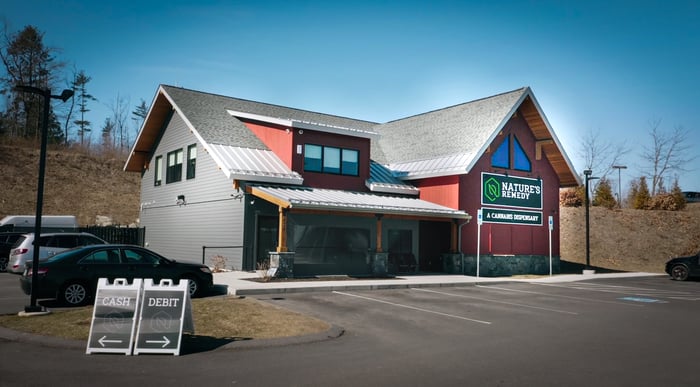 Jushi is paying $100 million upfront for Nature's Remedy, consisting of 40% cash, 55% stock, and 5% via a seller's note, with another $10 million in stock subject to certain milestones.

That $110 million total may seem like a high price to pay for a company with only two dispensaries, but whether it's from the high-traffic dispensaries or wholesale sales throughout the state, Nature's Remedy is actually quite profitable. Management forecasts $22 million to $24 million in 2021 EBITDA and $34 to $38 million in 2022 EBITDA, so the purchase price is a very reasonable 4.5 to five times multiple of 2021 EBITDA and just 2.9 to 3.2 times 2022 EBITDA. 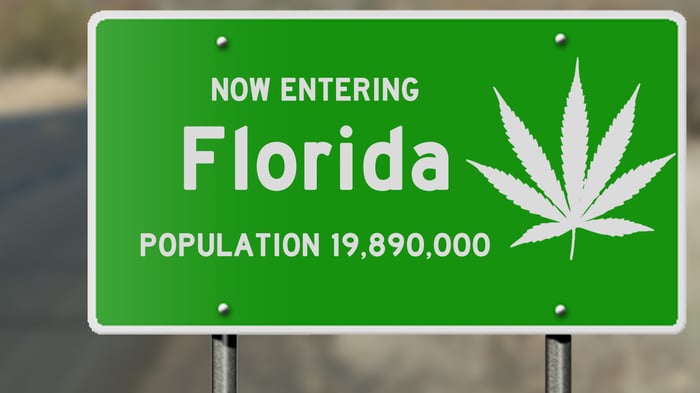 Competition heats up among three industry titans in Florida

With all the action happening in California and in the northeast, cannabis investors shouldn't forget the highly attractive Florida market -- because the industry sure isn't forgetting! This 4/20, several developments are under way that could alter the competitive landscape in this medical-only, limited-license, yet high-growth state.

First, market leader Trulieve Cannabis (TCNNF -1.62%) is celebrating 4/20 by opening not one, but two dispensaries in Eustis and Palm Beach Gardens, bringing the company's dispensary total to 81 in Florida and 86 nationwide. Trulieve currently dominates the Florida market, with 49% oil and 53% flower market share last quarter. With these two dispensaries, Trulieve has already opened 11 in Florida this year, up from 70 as of Dec. 31, 2020, as it aggressively looks to cement its lead.

In late 2020, Ayr bought Florida-based Liberty Health Sciences, the owner of 31 dispensaries in the state. Ayr just opened up two new dispensaries in Sebring and Palm Bay in time for 4/20, bringing its in-state total to 33. Ayr purchased Liberty with the hope of turning around its cultivation operations, which had struggled with yields, making its dispensaries less profitable than Trulieve's. However, Ayr believes it can greatly improve the efficiency of Liberty's operations; if it does, the mere $290 million it paid for Liberty could end up looking like a bargain over the long term.

Meanwhile, Cresco Labs just closed its $213 million acquisition of Bluma Wellness, another Florida operator, in a deal originally announced in January. Bluma will bring eight operational dispensaries with it, with seven more under construction or permitting, along with a scaled statewide delivery platform and 54,000 square feet of cultivation. Although Florida would mark a departure from Cresco's wholesale-heavy strategy, since Florida operators are forced to be completely vertically integrated, the forced integration also helps keep competition limited and profits high in the state.

As such, I'd expect Cresco to be successful in the Florida market. Of course, the same goes for Ayr and Trulieve, as Florida is a highly attractive market. It's the third-largest U.S. state, and had the second-highest population growth in 2020. Though only medical marijuana is legal today, Florida could be in for massive growth once cannabis is legalized for recreational use, which some expect to happen in the next few years. All three companies have a history of profitable operations, so I'd expect Florida to be a cash cow for each this 4/20 and beyond.