Please ensure Javascript is enabled for purposes of website accessibility
Log In Help Join The Motley Fool
Free Article Join Over 1 Million Premium Members And Get More In-Depth Stock Guidance and Research
By Alex Carchidi - Apr 20, 2021 at 6:25AM

New coronavirus projects make them easy to hype, but they could face strong headwinds soon.

As shown by the GameStop mania earlier this year, Reddit traders are a market-moving force that shouldn't be underestimated.

Recently, a couple of biotechs have sparked the imagination of the Reddit investing crowd. I'm not a mind-reader, but I'm guessing that their allure has something to do with their triple- or quadruple-digit gains over the last 12 months. There's just one issue: When you take a five-year view, its easy to see that both of these stocks are deeply in the red. Has Reddit picked another set of bedraggled businesses once again, or are there compelling turnaround stories that make it different this time around? 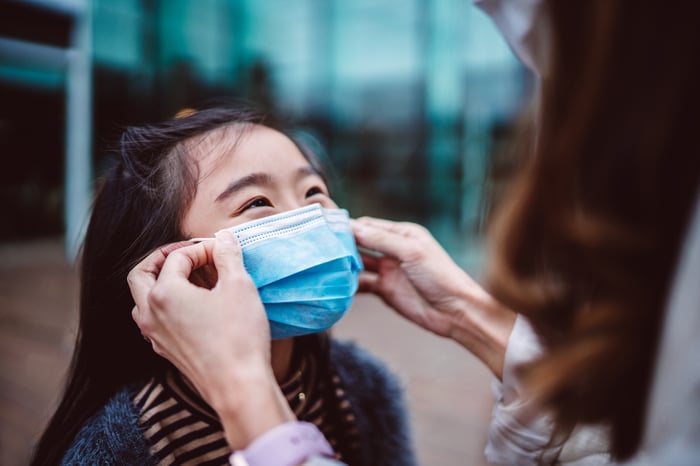 Ocugen (OCGN 6.61%) is a Reddit favorite in part because it will soon co-develop and manufacture a coronavirus vaccine that was originally developed by Bharat Biotech. Given the world's tremendous demand for such vaccines, the near-term revenue potential of the deal could be massive -- or so the argument in favor of the stock goes. It's definitely true that there's plenty of room in the market for more coronavirus jabs, but the details matter, and I think that's what Redditors are getting wrong.

First, Bharat Biotech's vaccine, Covaxin, has been proven to be safe and effective in phase 3 clinical trials abroad, but it hasn't received regulatory approval in the U.S. yet. That's a problem, as Ocugen's deal to commercialize it only covers the U.S., where vaccination is proceeding ahead of schedule with the vaccines that are already approved for sale. So, the revenue potential is likely less than Reddit traders are hoping for.

Then, there's the fact that the company will only get 45% of the profits from sales of Covaxin in America. Ocugen is an early-stage biotech that doesn't yet have any projects in clinical development; it's not a drug manufacturer. In other words, it doesn't have a history of profitably manufacturing anything, nevermind a product developed entirely by another company. That doesn't mean that it will fail, but it does mean that investors should understand that it's a much riskier proposition than it may seem at first glance.

Humanigen (HGEN -7.34%) is another biotech stock that's a Reddit favorite and is also working on a coronavirus project. Rather than a vaccine, the company is testing its antibody therapy lenzilumab in phase 3 clinical trials to see if it is effective at saving the lives of people who are hospitalized with COVID-19. In its most recent clinical update about the program in late March, it reported that being treated with lenzilumab reduced the chance of needing a ventilator by 54%. That's very promising, and retail traders are right to be excited. But once again, I think that the overall revenue impact of these results is a little bit overblown.

My reasoning here is similar to Ocugen. Given what we know about COVID-19, certain vulnerable populations are far more likely to have a severe course of disease than younger and healthier people. But, at least in the U.S., vulnerable people are the most likely to be already vaccinated and protected against severe disease. An estimated 65.9% of adults older than 65 have been fully vaccinated, and just over 32.5% of all adults have received both shots. Those numbers are sure to improve rapidly with time, and each fully vaccinated person is one less patient that could need treatment with Humanigen's therapy.

So, the addressable market is shrinking, and Humanigen still needs to finish its phase 3 clinical trials and apply for approval with regulatory authorities before it can even make a start at winning revenue. It's clear that Humanigen's drug will save lives if it gets approved anytime in the next year or so, but that doesn't mean the company's fortunes will grow as much as the level of Reddit interest in the stock might suggest, at least in the short term.