Warrants given to Amazon as part of a supply deal have investors thinking twice about Clean Energy Fuels stock.

Shares of Clean Energy Fuels (CLNE -2.86%) plunged as much as 22.1% in trading on Tuesday after getting a downgrade from an analyst. This follows a day when the company's stock soared on news of a fuel-supply agreement with Amazon. At the market close, shares were down 21% for the day.

Raymond James analyst Pavel Molchanov got the ball rolling downhill today after downgrading Clean Energy Fuels' stock to underperform after the Amazon deal. He said in a note to investors that the Amazon deal was only for supply from 46 of Clean Energy Fuels' 565 stations, and it's non-exclusive. The argument is that the impact on profitability may be far lower than investors expected based on the headlines. 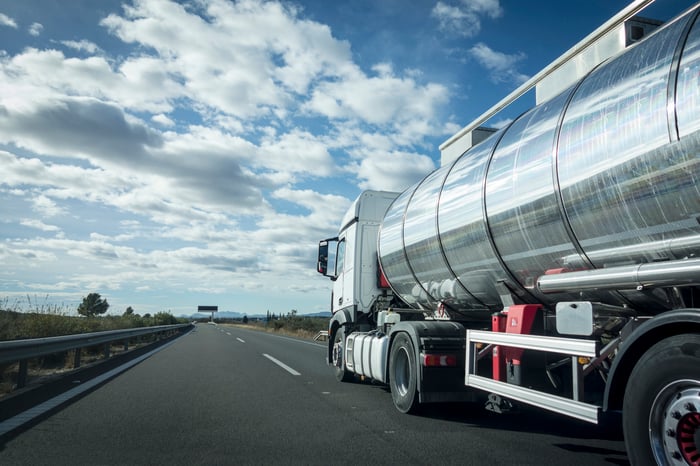 The most troubling part of the agreement with Amazon was that it included 53.1 million shares worth of warrants, which can be exercised as it purchases more fuel. The exercise price of $13.49 is above today's price, but also greatly reduces the upside for Clean Energy Fuels long term.

After initially getting excited about Amazon becoming a customer, investors went back into the reality of this supply deal. To secure a non-exclusive agreement with Amazon, management has potentially added 53.1 million shares to the 198.2 million that were outstanding at the end of 2020. That's a hefty price to pay and gives Amazon most of the upside in the deal. That's why the stock is down, and it's hard to argue that, upon further investigation, yesterday's bounce in this energy stock was too far too soon.