Uber Eats, the food delivery arm of Uber Technologies (UBER 5.53%), has said it will add Germany to the group of European countries where it does business. Germany will mark the 10th European country for the service, plus the Republic of Ireland and the U.K.

The move is a direct challenge to Netherlands-based Just Eat Takeaway.com (JTKWY -8.67%), which was formed in early 2020 with the merger of Takeaway.com and the British service Just Eat. In June 2020, the company announced it would acquire U.S.-based Grubhub (GRUB) in a transaction valued at over $7 billion. 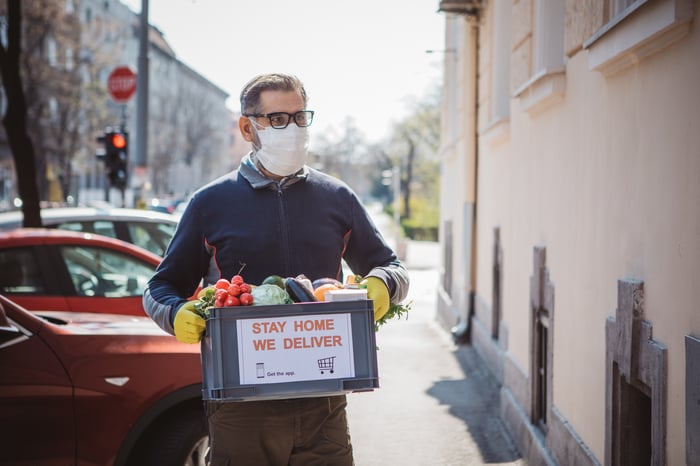 Uber Eat's German launch will begin in Berlin, and spread to more of the country over the next several weeks, according to The Financial Times. Uber already operates its ride-hailing service in more than a dozen German cities, and the additional Uber Eats service will attempt to break Just Eat Takeaway's "monopolistic" hold of the region, Uber's senior vice president for delivery, Pierre-Dimitri Gore-Coty, told The Financial Times.

Gore-Coty added that Germany has been one of the company's fastest growing ridesharing markets, and called the country "strategically important" for Uber's path to profitability. He also pointed to market share gains in the U.K. and Spain to highlight Uber Eat's successful presence in Europe.

Regarding the competition, Gore-Coty said Just Eat Takeaway basically dominates in Germany and that its high commissions have "consumers and merchants actually being quite desperate for additional options."