Please ensure Javascript is enabled for purposes of website accessibility
Log In Help Join The Motley Fool
Free Article Join Over 1 Million Premium Members And Get More In-Depth Stock Guidance and Research
By Keith Speights - Apr 22, 2021 at 11:16AM

An analyst lowered his price target on the stock.

The stock tumbled earlier this week after the company was forced to halt production at its Bayview facility in Baltimore, Maryland, while the U.S. Food and Drug Administration (FDA) conducted an inspection. This facility had been used to manufacture Johnson & Johnson's COVID-19 vaccine, although no doses had been yet distributed for use in the U.S.

The FDA issued a scathing report from this inspection on Wednesday. These problems led Cowen analyst Boris Peaker to lower his firm's price target for the healthcare stock to $67 per share from $86. 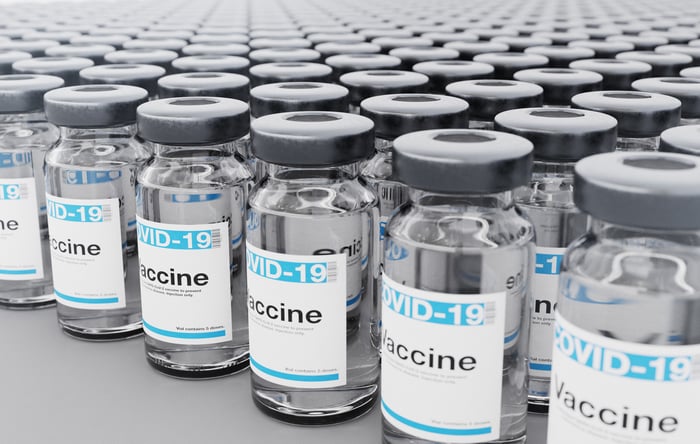 There's one silver lining with Peaker's lower price target: It's higher than Emergent's current share price. However, the company has a lot to overcome for investors' confidence to be restored.

First, Emergent BioSolutions must address the FDA's concerns about its Bayview facility. The company stated in a press release that it "is committed to working with the FDA and Johnson & Johnson to quickly resolve the issues identified." It added that the issues "are correctable and we will take swift action to remedy them."

That could be the easiest hurdle for Emergent BioSolutions to jump. The company might have a tougher time winning manufacturing contracts from other drugmakers with its highly publicized problems.

Investors will obviously want to closely monitor Emergent BioSolutions' actions in remediating the issues at its Bayview facility. It will be even more important to watch the company's quarterly updates over the next year to see if the quality problems at the facility impact the company's financial results.