These beaten-down stocks have what it takes to be big winners.

Growth investors have had opportunities for incredible gains over the last year, even though many tech stocks have seen steep pullbacks from recent highs. There's uncertainty on the horizon, but recent market turbulence has also created opportunities to invest in companies that will go on to deliver strong performance.

With that in mind, we put together a panel of three Motley Fool contributors and asked them to identify growth stocks that look like bargains at current prices. They came back with three companies that have slumped more than 40% from recent highs and have strong rebound potential.

Read on to see why they think that these growth stocks have what it takes to bounce back and crush the market. 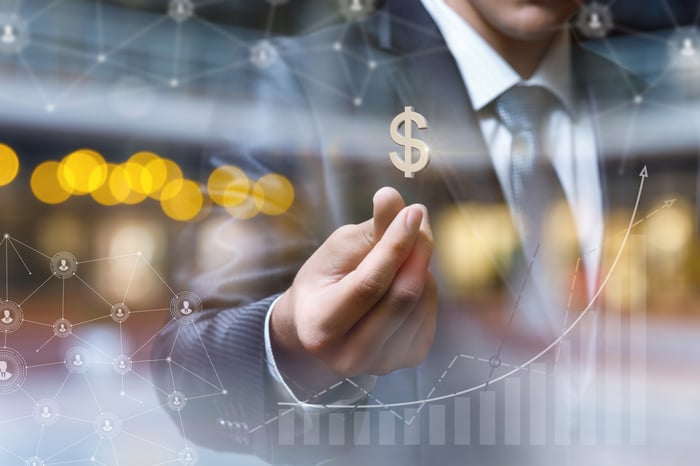 Keith Noonan: With ContextLogic (WISH -6.93%) stock trading down roughly 59% from the high it hit in February, now could be a good time to build a position in the bargain e-commerce specialist. The company's Wish e-commerce platform focuses on budget, off-brand alternatives in categories including electronics and cosmetics, and the stock could prove to be a steal at current prices.

Many stay-at-home stocks have seen significant sell-offs as investor preferences have shifted toward value-focused, pandemic-recovery plays and dampened enthusiasm for tech companies with highly growth-dependent valuations. However, the overall e-commerce market still has big room for growth over the long term, and ContextLogic still looks attractively valued, trading at approximately 2.5 times this year's expected sales.

Wish has been one of the most downloaded apps in the online retail space over the last few years, and it still has big global growth potential. The company's focus on providing a budget-oriented online shopping experience could help it carve out a spot as a long-term winner.

ContextLogic managed to grow its sales 34% year over year in 2020, and the core Wish e-commerce platform still appears to be in good shape for expansion -- even if growth proves to be uneven in the near term. The company is working to facilitate the growth of online retail in international markets where consumer preferences are typically more price sensitive than in the U.S., and Wish's bargain specialization could continue to attract shoppers even as the overall retail climate goes through near-term, pandemic-recovery shifts.

For risk-tolerant investors, ContextLogic has the potential to be a big winner.

Jamal Carnette: Shares of supply side ad tech company Magnite (MGNI -10.21%) have cooled off from their amazing run and are down more than 40% from 52-week highs. The company has been affected by the broader sell-off of richly valued tech names but is also under pressure from industry forces.

Increasingly, mobile platform owners like Apple and Alphabet's Google are limiting data collection or requiring heightened disclosures around cookies and mobile tracking to protect users. Others, like Facebook's CEO Mark Zuckerberg, feel these giants are collecting economic rent by using their position as gatekeepers to eliminate competition under the guise of privacy.

These concerns have been heightened by recent reports Apple is looking to expand its advertising business at the same time that it launches iOS 14.5, which bans apps (like Facebook) and other third-party advertisers from collecting data without their consent.

For a digital advertising tech company, it's understandable why this could be considered a negative. However, Magnite is less exposed than it initially appears. The company was born through a merger of Rubicon Project and Telaria in 2020, the latter of which is a connected TV (CTV) specialist.

CTV is not only a high-growth format, but it will broadly be protected against Apple and Alphabet's actions. Last year Magnite doubled down on CTV by announcing it would acquire ad tech company SpotX. In fact, 67% of combined net revenue for these companies came from CTV and video advertising.

Of course, there are risks. The company is still exposed to mobile and desktop advertising and has added complexity in the form of two mergers in as many years. Finally, there are risks in Magnite's CTV space as it is currently dominated by a handful of programmers like customer Disney.

That said, it appears the earlier merger went well, and all signs point to a great partnership with Disney. In fact, the company renewed its contract with Magnite for 18 months in the fourth quarter. Long-term investors should view this sell-off as a chance to pick up shares at a discount.

Joe Tenebruso: After soaring as much as 750% in 2020, Zoom Video Communications' (ZM -1.72%) stock price has fallen by more than 40% from its highs back in October. Some investors appear to believe that Zoom's best-in-class video conferencing software will no longer be in demand once the coronavirus pandemic eventually subsides. That's a mistake.

Zoom's cloud communication platform has served as a lifeline for millions of people during the COVID-19 crisis. Countless businesses have turned to Zoom's video, voice, and chat tools to facilitate their remote work operations. And now that they've seen the efficiency gains and cost-savings Zoom's solutions can provide, they're unlikely to want to give them up.

It's true that Zoom's growth will slow after the pandemic ends, as more people return to their traditional work locations. However, even after accounting for this, Zoom's post-pandemic revenue and profits are unlikely to fall, due to the many benefits its software provides.

Even if it decelerates considerably, Zoom's pace of its expansion is likely to place it among the upper echelon of growth companies. In fact, Wall Street projects that Zoom will grow its earnings per share at an impressive 17% annually over the next half-decade.

With so much growth still to come -- and with its stock price at its currently depressed level -- Zoom Video Communications is a great buy today.