Please ensure Javascript is enabled for purposes of website accessibility
Log In Help Join The Motley Fool
Free Article Join Over 1 Million Premium Members And Get More In-Depth Stock Guidance and Research
By Parkev Tatevosian - Apr 27, 2021 at 8:15AM

That's a 50 million increase from the last time it reported the figure.

In a shareholder letter dated April 15, Amazon (AMZN 1.42%) CEO Jeff Bezos announced, among other things, that the company he founded has signed up 200 million Prime members. A remarkable feat, no doubt. The coronavirus pandemic certainly played a role in hastening Prime membership signups.

Amazon last reported the membership total in January 2020, revealing it had 150 million. That would mean the e-commerce retailer added 50 million subscribers in a little over 12 months. Here's why that's important for shareholders and those interested in the stock. 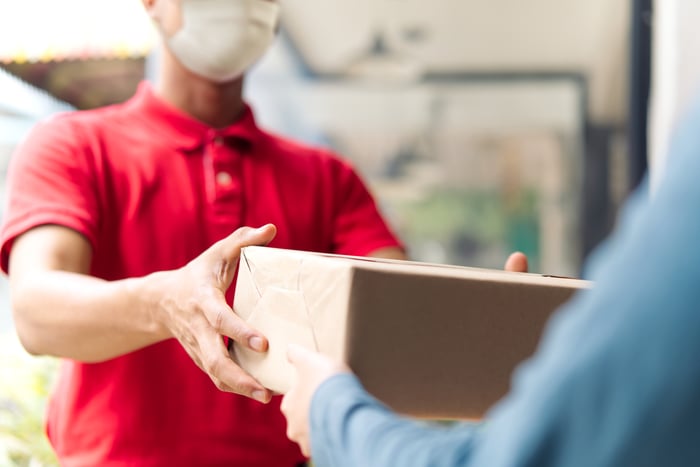 Amazon Prime is a great value for consumers

In addition to paying a monthly or annual subscription fee, Prime members shop more often and spend more than nonmembers. According to Statista, in 2018, Prime members shopped on Amazon twice as often as those with free accounts. Amazon now has a 200 million-member base of high-value shoppers. That will, in turn, attract third-party businesses to its site, which creates more value for members through a greater selection of items. The network effect is powerful and will make it difficult for competitors to siphon away customers from Amazon, creating a sustainable competitive advantage.

As part of their membership, folks paying for Amazon Prime receive fast and free shipping on millions of items, and access to Amazon's streaming service Prime Video, among other things -- all for a price that's typically less than a subscription to Netflix.

Subscription revenue, which includes fees paid for Prime memberships, increased 34% in the most recent quarter to reach $7 billion. That large and growing figure accelerated in every quarter of 2020. The increase in revenue growth rate in the segment could indicate that Prime membership adoption accelerated as the year progressed. Intuitively it makes sense. For our household, after we realized the pandemic was going to last longer than we initially expected and we were going to be using Amazon.com for a good part of our shopping, a membership to Prime with all its features was a no-brainer. From the looks of it, we weren't the only ones.

The convenience benefit will stick around for a long time

Folks committing to a Prime subscription could be indicating their intent to maintain shopping habits developed during the pandemic. This could alleviate some investor concern that customers will switch back to spending in brick-and-mortar stores in the aftermath of the pandemic. Besides offering consumers safety, shopping on Amazon offers convenience. Here's what Bezos had to say on that matter in an Amazon investor letter:

Customers complete 28% of purchases on Amazon in three minutes or less, and half of all purchases are finished in less than 15 minutes. Compare that to the typical shopping trip to a physical store driving, parking, searching store aisles, waiting in the checkout line, finding your car, and driving home. Research suggests the typical physical store trip takes about an hour.

Even in the aftermath of the pandemic, that will still be there for the consumer. Desire for such convenience could get even stronger, as folks who have been cooped up for the better part of the year start to leave their homes to go to movie theatres, ballparks, and theme parks, crowding the streets and adding to congestion.

Amazon Prime reaching 200 million members is a big deal because it's a good sign folks who started using Amazon during the pandemic have little intention of reverting to shopping in person anytime soon, and that could boost revenue and profits for several years.