Please ensure Javascript is enabled for purposes of website accessibility
Log In Help Join The Motley Fool
Free Article Join Over 1 Million Premium Members And Get More In-Depth Stock Guidance and Research
By Eric Volkman - Apr 27, 2021 at 9:11AM

The product could be launched as soon as this summer.

In yet another acknowledgement by Big Finance that cryptocurrencies are here to stay, JPMorgan Chase (JPM -0.45%) is apparently forming a Bitcoin (BTC -5.04%) fund that it will offer to high net-worth individuals. According to an article published Monday by the website CoinDesk citing "two sources familiar with the matter," the fund will debut as soon as this summer.

The fund, whose name is not yet known, will be actively managed -- a departure from the standard passive-investment Bitcoin fund. Cryptocurrency specialist NYDIG will provide custodial services for the fund; that company already manages a Bitcoin fund for clients of Morgan Stanley.

JPMorgan Chase has not yet commented on the CoinDesk report. 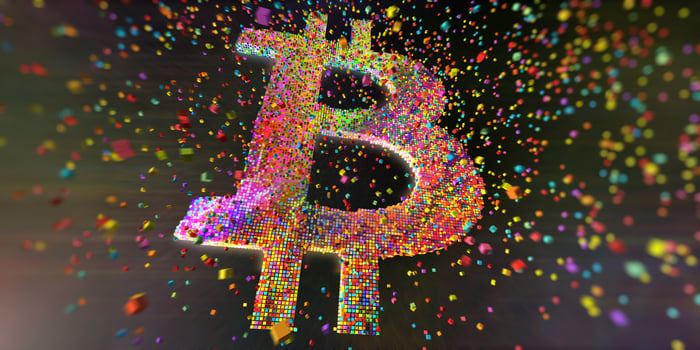 If the article proves accurate, it would represent an about-face for the huge bank. The company's high-profile CEO, Jamie Dimon, has strongly indicated his distaste for Bitcoin numerous times in the recent past. In fact, in 2017 he characterized it as a "fraud ... worse than tulip bulbs," referring to the legendary bubble that arose from trade in the flowers in 17th century Holland.

He has softened his stance since then, however, at times even waxing complimentary about those who invest in it.

Despite its leader's criticisms, the bank has pushed into cryptocurrencies and the blockchain. In 2019, it even created its own digital token, the JPM Coin, for internal use by its institutional clients, and formed an in-house blockchain division known as Onyx. And last year, JPMorgan Chase started to permit its clients to transfer funds between its accounts and cryptocurrency exchanges Coinbase Global and Gemini.