The benchmark didn't make major moves in part because of mixed performance from key tech stocks.

It's easy to think of the Nasdaq Composite (^IXIC 0.00%) as being primarily reliant on the popular tech giants known as FAANG stocks . Certainly, big-name technology companies have a lot of weight in moving the Nasdaq, and their behavior can have a large impact on many other businesses across the market.

At first glance, Wednesday might seem like a quiet day for the Nasdaq, with the Composite down less than 0.2% on the day as of 2 p.m. EDT. Yet it was actually a momentous day for the exchange as Alphabet (GOOGL 4.16%) (GOOG 4.41%) and Microsoft (MSFT 1.26%) had major impacts on the benchmark, albeit in opposite directions. Below, we'll look at what Alphabet and Microsoft said and what it means for the broader economy and stock market.

A good boost for Alphabet

Shares of Alphabet were up more than 4% Monday afternoon. The online search and cloud-computing company got good results from its core business during the first quarter. 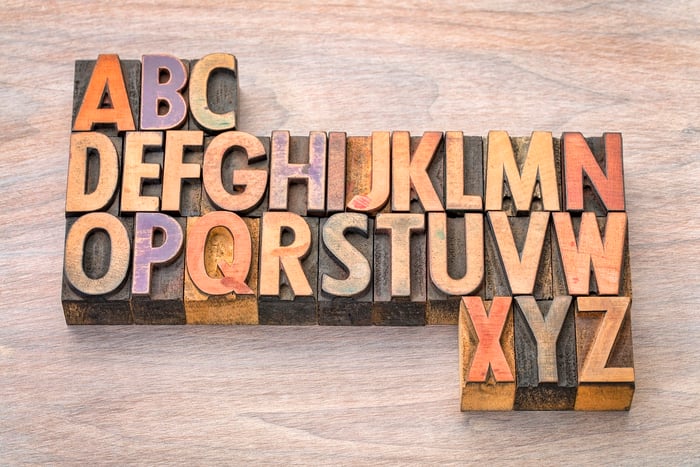 Alphabet's numbers were strong. Revenue jumped 34% from the year-ago period to $55.3 billion, and net income nearly tripled to $17.9 billion. The Google search engine generated well over half of those sales, but advertising on the video service YouTube is paying off dramatically. Ads on YouTube accounted for more than $6 billion in revenue for Alphabet, up close to 50% year over year.

Meanwhile, the Google Cloud unit has continued to make headway. Segment revenue was up more than 45%, topping the $4 billion mark. Alphabet foresees further gains for the cloud business, given the rapid pace of digital transformation among many large corporate customers.

For a long time, Alphabet's stock return trailed behind those of its FAANG peers. With the stock having nearly doubled in the past year, however, Alphabet is back on top and sees more upward momentum building for the future.

Microsoft's revenue climbed 19% to $41.7 billion, and that helped boost adjusted net income to $14.8 billion, higher by 38%. That produced adjusted earnings of $1.95 per share, which was nearly 10% above what most investors were expecting to see from the software company. Sales gains were even higher in areas like the intelligent cloud and the Xbox video game unit, as well as sales from the LinkedIn business social media service and the Dynamics 365 enterprise resource suite.

For the most part, stock analysts agreed that Microsoft's business performance was solid. A number of analysts reiterated favorable stock ratings and boosted their price targets. Yet short-term traders weren't convinced, apparently having wanted even better results from the Redmond-based software giant.

Many Nasdaq stocks have posted incredibly strong gains over the past several years, and it's important to remember that even though stock prices will generally track fundamental business performance over the long run, there can be significant disparities from quarter to quarter or even year to year. In that light, a slight decline in Microsoft's share price today pales in comparison to the long-term gains the stock has enjoyed. For Alphabet, meanwhile, catching up to Microsoft and their tech-stock peers has to be a cause for celebration.

Alphabet Is Easing Lower, But It's Pulling Up This High-Growth Nasdaq Stock