Please ensure Javascript is enabled for purposes of website accessibility
Log In Help Join The Motley Fool
Free Article Join Over 1 Million Premium Members And Get More In-Depth Stock Guidance and Research
By Keith Speights - Apr 28, 2021 at 6:04AM

Nearly everything went right for the genomic sequencing pioneer.

Investors already pretty much knew what to expect on the top line in Illumina's (ILMN -0.30%) first-quarter results. The genomic sequencing systems leader provided a sneak peek at its Q1 revenue a few weeks ago.

However, Illumina still managed to deliver an upside surprise on its bottom line when the company announced its Q1 results after the market closed on Tuesday. The life sciences stock rose 1% in after-hours trading. Here are the highlights from Illumina's Q1 update. 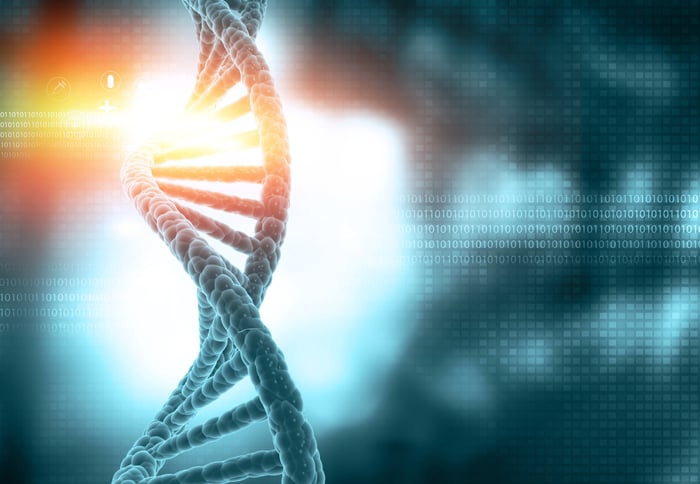 Illumina reported revenue in the first quarter of $1.09 billion, up 27% year over year and slightly higher than the $1.08 billion given in its preliminary numbers earlier this month. This result beat the consensus Wall Street estimate of nearly $996 million.

The company announced Q1 net income of $147 million, or $1 per share, based on generally accepted accounting principles (GAAP). In the prior-year period, Illumina generated GAAP earnings of $173 million, or $1.17 per share.

Illumina didn't just beat Wall Street estimates. CEO Francis deSouza said that the company exceeded its own expectations. In doing so, it also generated quarterly revenue of a least $1 billion for the first time in the company's history.

The picture looked good on practically every front. DeSouza stated, "Orders during the first quarter of 2021 reached an all-time high demonstrating strength in our core business across all regions, reflecting growth in both clinical and research customers." He also noted that the company is "seeing tremendous progress in clinical market access and reimbursement for genomic applications."

The only area that didn't increase in the first quarter was service and other revenue, which fell 11% year over year to $140 million. However, this still reflected sequential growth of nearly 15%.

Perhaps the biggest question for Illumina going forward relates to its planned acquisition of GRAIL. The European Commission is reviewing the deal, which has caused concerns about whether or not it will win approval. DeSouza stated in a press release last week, "We do not believe that the European authorities have jurisdiction to review the GRAIL acquisition and look forward to resolving this matter expeditiously."

The purchase of GRAIL, which Illumina founded and later spun off, could present a significant growth opportunity for the company. Illumina thinks that the transaction will help patients and foster competition. Whether or not antitrust regulators will agree remains to be seen.