Please ensure Javascript is enabled for purposes of website accessibility
Log In Help Join The Motley Fool
Free Article Join Over 1 Million Premium Members And Get More In-Depth Stock Guidance and Research
By Chris Neiger - Apr 29, 2021 at 10:29AM

Investors were pleased with the company's strong second-quarter results.

Shares of Qualcomm (QCOM -3.30%) were rising this morning after the company reported second-quarter results that outpaced analysts' expectations.

Qualcomm's second-quarter sales increased 52% from the year-ago quarter to $7.92 billion. That figure was higher than the $7.62 billion consensus estimate that analysts were expecting. Additionally, Qualcomm's adjusted diluted earnings per share skyrocketed 116% to $1.90, which outpaced the consensus estimate of $1.67 per share for the quarter. 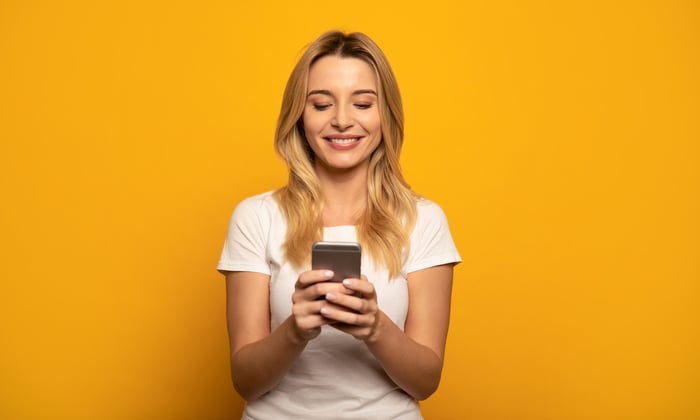 "Demonstrating the strength of our strategy and our success in execution, we delivered another quarter of year-over-year growth driven by sustained demand for smartphones globally and our ability to increase the scale of our non-handset revenues," Steve Mollenkopf, Qualcomm's CEO, said in a press release.

In addition to Qualcomm's solid second-quarter results, investors were also pleased that the company returned $2.3 billion to shareholders in the quarter, which included $1.5 billion in share repurchases and $734 million in dividend payments.

Qualcomm's management issued guidance for the third quarter, with revenue expected to be in the range between $7.3 billion to $7.9 billion. If Qualcomm delivers on that outlook it would represent a 55% revenue increase from the year-ago quarter, at the midpoint of guidance.

The company is also expecting adjusted diluted earnings to jump significantly to a range of $1.55 to $1.75, up 92% year over year at the midpoint.

With Qualcomm's growth in the second quarter and its impressive third-quarter outlook, it's no wonder why investors are bullish on Qualcomm's stock today.