The EU's European Commission just released preliminary findings in its antitrust investigation of consumer technology giant Apple (AAPL 1.62%) and its App Store policies. In this early report, the regulatory body agrees with the complaint from music-streaming veteran Spotify (SPOT 3.93%), which argued that Apple is abusing a monopolistic power in the media-streaming industry.

The company charges distribution fees of 30% on all subscription payments that are made through the Apple App Store's payment systems. It also stops companies from using alternative payment systems in App Store apps. That revenue slice arguably makes it difficult to turn a profit in competition with Apple's own music-streaming services. 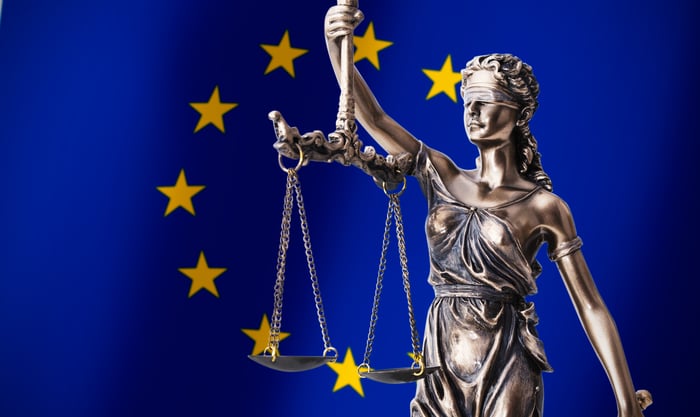 Apple was quick to object to these allegations, arguing that Spotify wants all the benefits of using the powerful App Store ecosystem without paying anything for the privilege.

"At the core of this case is Spotify's demand they should be able to advertise alternative deals on their iOS app, a practice that no store in the world allows," Apple's spokesperson said.

Spotify sparked the European Commission's investigation two years ago. The maximum penalty could amount to 10% of Apple's global annual revenues, which would be a stiff punishment even for this well-heeled company.