If you like good news and support from experts, this one's for you.

When a company is making smart moves to show it can grow and expand into new markets while keeping up with the pace of technology, it often earns the attention of investors. In the case of Penumbra (PEN 1.32%), it recently led to more attention from the iShares U.S. Medical Devices ETF (IHI 0.93%). 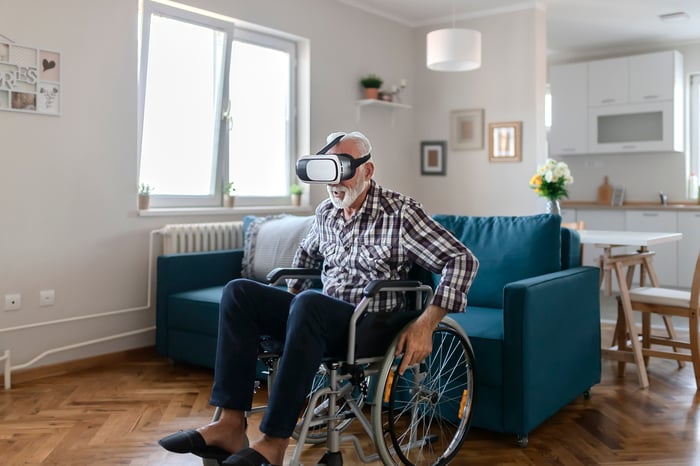 Penumbra is by no means new to the game. The company has been around since 2004, specializing in medical devices with a primary focus on interventional therapies to treat vascular conditions such as stroke and aneurysm. On its fourth quarter earnings call for 2020, the company proudly boasted consecutive quarters with record sales. Q4 revenue came in at $166.9 million, increasing about 15% from 2019. What's more is that those already fantastic results include a $5.8 million reduction due to a recall (more on that later).

Since 2015, institutional investors have increased holdings in Penumbra from 8 million shares to 55 million shares in 2020. The IHI ETF recently bet more on Penumbra, going from 0.45% asset weight to 0.68% during the first quarter of 2021. But the more appealing fact is that the difference in weight is an increase of 50%. A move like that from IHI got my attention. IHI returns have climbed consistently, averaging greater than 22% annual returns for the past 5 years running. By comparison, the S&P 1500 Healthcare benchmark index averaged 14% over that same time frame, as of March 31. Simply put, the iShare ETF is made up of winners. It includes names like Medtronic, Stryker, and Abbott Labs.

Penumbra now looks like that much more of a winner. The company recently announced a partnership with RapidAI, which will bring a cutting-edge artificial intelligence platform to combine with Penumbra's products, which should provide more accurate diagnosis and faster treatment decisions in helping patients who suffer from stroke and pulmonary embolism. Penumbra also intends to bring new technology associated with its REAL VR system to market. REAL VR is an advanced portable rehabilitation technology using virtual reality to assist patients during rehabilitation following stroke and aneurysms. REAL VR was cleared by the U.S. Food and Drug Administration (FDA) in 2019 and announced by Penumbra just 14 months ago. As President, Chairman, and CEO, Adam Elsesser, points out, "the possibility to help a huge number of people has just gotten clearer, and we remain pretty excited."

A look overseas also tells a promising story. The international segment performed well during the quarter, highlighted by a new multi-year agreement with Genesis MedTech Group, the largest domestic company in China's neurovascular space, which will result in five new products from which each will produce revenue streams in licensing, royalties, and product distribution.

In addition to progress in China, continued growth is also expected in other regions across the globe, including Europe, Latin America, and Asia Pacific -- led by strong growth projected in Japan -- for 2021 and beyond.

Not all is perfect

If there is one main obstacle the healthcare company has been facing, dating all the way back to 2011, it's recalls. The most recent recall took place in December, when Penumbra issued what was called an urgent voluntary recall of the JET 7 Catheters with Xtra Flex Technology, due to risk of unexpected death or serious injury. The company noted during the fourth quarter earnings call that, following the recall, some physicians switched to other Penumbra products, while some who had moved to other companies' products have since come back to Penumbra. As previously mentioned, a reduction of $5.8 million in revenue was attributed to the recall.

The company is also facing the challenge of 2021 being what it calls a transition year for the REAL VR technology, during which time the company is not counting on huge revenue contributions from the new tech.

Taking an early plunge may pay off

Notwithstanding the challenges of rebuilding trust in one of its products and further rollout of new products, I think Penumbra has a bright future. It ended 2020 with $265 million in cash and cash equivalents, and no debt. 2021 guidance calls for 20% to 22% revenue growth over full year 2020. Perhaps that number could be higher depending on how quickly developments play out with the REAL VR platform.

As Adam Elsesser points out, the benefits of virtual reality are significant already. Now the company plans to build on the data and to "work with some of the foremost VR experts in healthcare to develop applications and clinical evidence for the REAL VR platform." If the REAL VR platform does play a significant role, as intended, now could be a great time for investors to take note of Penumbra, much like the iShares U.S. Medical Device ETF recently did.

Why Penumbra Stock Is Plunging Today