Please ensure Javascript is enabled for purposes of website accessibility
Log In Help Join The Motley Fool
Free Article Join Over 1 Million Premium Members And Get More In-Depth Stock Guidance and Research
By Mike Price - Updated May 3, 2021 at 10:36AM

Funding a great investment portfolio with lots of cash from insurance is much harder than it sounds.

There have been several attempts to mimic Warren Buffett's Berkshire Hathaway over the years. Buffett uses cheap leverage in the form of insurance float -- that is, the cash from insurance premiums that don't have to be paid out yet -- to buy undervalued businesses. One study claims that his entire performance can be explained by those value and leverage factors.

Some value managers have tried to duplicate Buffett's feat by starting their own insurance company to utilize the float. It's a sound model if you run the insurance business well, building up low-priced leverage -- but much less so if the insurance business struggles and you have to come up with the cash to keep it afloat. That's why most of his imitators have failed. 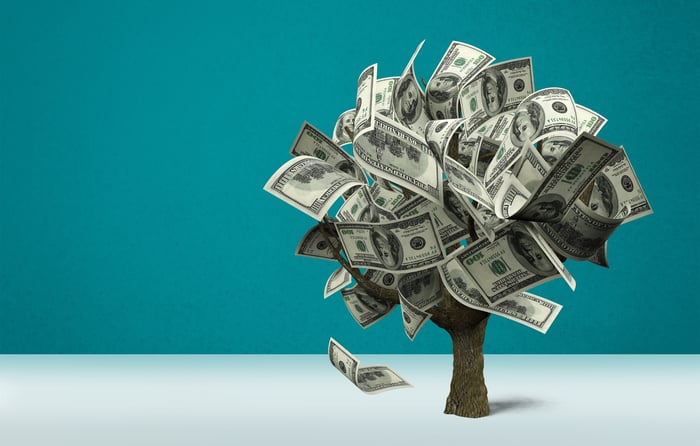 Fairfax Financial Chairman Prem Watsa has long been known as the "Canadian Warren Buffett." From 1986, when he took over the firm then known as Markel Financial Holdings, through the end of 2020, Fairfax compounded book value per share at an annualized rate of 17.9%.

Watsa was a classic Buffett-like investor, investing Fairfax's float in traditional value investments. Then Watsa departed from this method to institute massive hedges prior to the Great Recession in 2008. Those hedges worked, but many investors believe it pushed Watsa away from his core competency of value investing. Book value compounded at 2.1% from 2011 to 2016, and since then at 6.8%. In 2019, Watsta lamented the poor performance in his chairman's letter, attributing it to too many short positions. According to that letter, losses from shorts approached $2 billion. Those positions have since been wound down.

Meanwhile, Fairfax's insurance business has had a sub-100% cumulative combined ratio since 2006 (with only one unprofitable year, in 2017). The company certainly passes the insurance profitability test, but I'm far from confident that Watsa will be able to recapture the investment success he had in the past.

Markel's invested assets have tripled from $8 billion to $24 billion over the last 10 years. If you go back to 2000, Markel has an eight-bagger on its invested assets. Most important, the only significant drop in book value over the past 20 years was 19%, from 2007 to 2008 -- and by 2009, the value had surpassed 2007 levels. Markel was able to absorb the market crash, like Fairfax, but continued to outperform afterwards as well.

Management explained the company's capital priorities in their 2020 letter to shareholders. The company first seeks to support existing lines of business. Then it looks to wholly purchase businesses to add to the company. Its last priorities are to buy public equities and buy back its own stock. In the letter, management said it will only buy back stock when it believes the company is undervalued.

Based on its combined ratio, it has only lost money in two of the last 10 years. In 2020, the company recorded a record number of new premiums and was already turning a profit, despite the economic downturn, in Q2.

Alleghany is the only potential Berkshire heir that has been in business longer than Buffett (you may have guessed that based on its single-letter ticker symbol). That longevity is attributable to the same conservative insurance principles and value investing strategies. But Alleghany has hit a speed bump in recent years.

The company's combined ratio has eclipsed 100% in three of the past four years. According to management, this is due to catastrophe losses that were hundreds of millions of dollars more than normal Part of those losses are due to the pandemic, but even more come from active Atlantic hurricane seasons. Management believes that increased property values and development on the coasts combined with the hurricanes have created a perfect storm of losses.

Alleghany is exposed to catastrophe losses through its reinsurance businesses. The reinsurance industry provides insurance for insurance companies, and it takes the brunt of one-time losses from large events as property and casualty insurers make claims. Alleghany now manages its reinsurance subsidiary, Trans Re, with more selectivity on coastal property. If it doesn't believe the original insurance company priced the insurance correctly it will pass on the deal. Additionally, though Trans Re has a combined ratio over 100% in each of the past four years, it still has a total combined ratio of 97.4% since Alleghany purchased it in 2012. Losses even out over time.

Those losses have affected growth of book value per share, which compounded at just 5.1% over the past five years. Even if you use management's adjusted rate of 8% (which excludes catastrophe losses and one-time losses related to a failed investment), investment returns haven't been as impressive as our other two competitors.

Which company is Berkshire's true heir?

Markel is the closest we're going to get to the next Berkshire. It has superior investment and insurance returns to Alleghany and none of the uncertainty of Fairfax.

Last month, the company announced that it would be reinitiating its share repurchase program. At 1.3 times book value as of Monday morning, Markel is trading for less than its five-year average of 1.51, with plenty of opportunities for growth. Markel's management team clearly thinks its stock is a buy, and I do too.

If I Could Buy Only 1 Warren Buffett Stock, This Would Be It