Please ensure Javascript is enabled for purposes of website accessibility
Log In Help Join The Motley Fool
Free Article Join Over 1 Million Premium Members And Get More In-Depth Stock Guidance and Research
By Jennifer Saibil - Updated May 3, 2021 at 4:25PM

Fiscal Q2 earnings were still down year over year, but a reviving U.S. economy is lifting the payment-processing powerhouse back to growth.

People spend a lot of money using their Visa (V 0.29%) credit and debit cards. It's the largest payment processing company in the world, and as people begin to spend more again, it benefits from every transaction using one of the cards in its network.

In the company's fiscal 2021 second quarter, which ended March 31, its business returned almost back to pre-pandemic levels, demonstrating again why Visa is a solid stock to have in your portfolio. 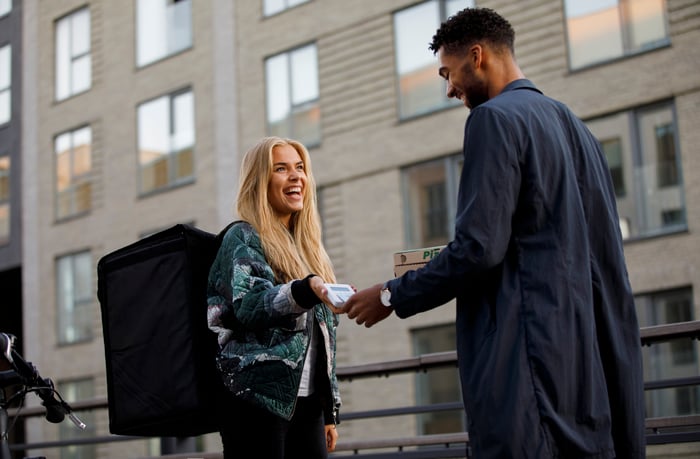 Visa brought in revenue of $22 billion in 2020, compared to rival Mastercard's $15 billion. Its simple operating model of partnering with banks to provide a cashless payment option for shoppers in return for small fees and a small percentage of each transaction (around 2%) makes it easy to produce revenue and turn it into income. Visa's net income is typically about half of revenue, which is much better than retailers, which have high product costs and overhead to pay for, and banks, which need to set aside provisions for loan losses.

Visa's revenue tumbled along with the rest of the economy when the pandemic started, with year-over-year declines around 17% in the quarters ending June 30 and Sept. 30. That improved to just a 2% year-over-year decline in the latest period, and on many metrics, performance improved not just from 2020, but from 2019's levels.

Payments volume was up 11% year over year, and was 16% higher than in fiscal 2019's second quarter. There was particular progress in the U.S., where the economy benefited from federal stimulus payments and the vaccine rollout. Payments volume increased by 18% year over year and by 24% from 2019.

The main drag on Visa's results was its cross-border volume, which decreased by 21%. That was still an improvement of 12 percentage points from the fiscal first quarter, and 75% of its 2019 levels, which helped pad the top line.

Consumers are using digital payments for more of their spending activity, which is why Visa has put some muscle into developing its digital capabilities. Those efforts helped power its results during the pandemic.

Visa doesn't get the same attention for fintech prowess as some younger companies, but its market share of payment activity is so large that it will de facto benefit from a shift toward digital technology. Visa processed $2.5 trillion worth of payments in the quarter ending Dec. 31 -- compare that with PayPal's $277 billion total payment volume in the same period.

Card-not-present payment volume, which includes e-commerce transactions, has increased more than 30% in the U.S. and several other large markets over the past three quarters. But card-present payment volume is still growing as well, and Visa gets a piece of both categories. As would be expected during the pandemic, card-not-present volume excluding travel grew tremendously -- by over 100%.

Contactless payments have become an important part of Visa's success, and will be a critical element of its growth. Contactless payment methods, such as "tap to pay," make up a significant and growing portion of total sales, and round out its omnichannel payment network.

Visa believes that all of its products and services create a network effect that brings even greater value to the company. For example, people who receive money on their debit cards through Visa Direct payments are likely to go ahead and spend that money, and 60% of clients use at least five value-added services in their accounts, while 30% use 10 or more. As Visa expands its suite of digital products and gains new merchants, this multiplies that effect on total sales.

Visa pays a dividend, and while at recent share prices, it only yields 0.5%, it has been increasing its payouts annually.

Visa is a great stock to own because it rises along with the economy. That's a problem when the economy falters, but the company always gets back to growth when the economy does. It's also investing in new products and services to expand its capabilities and maintain its place on top, making it a strong long-term pick.