Please ensure Javascript is enabled for purposes of website accessibility
Log In Help Join The Motley Fool
Free Article Join Over 1 Million Premium Members And Get More In-Depth Stock Guidance and Research
By Will Ebiefung - May 4, 2021 at 8:30AM

Walt Disney and CuriosityStream are ready to soar in the streaming industry.

Companies don't generate explosive growth by traveling the well-beaten path. Instead of following the crowd, they build competitive advantages to set themselves apart from rivals.

With share prices up 68% over the last 12 months, Disney's bull run is already in full swing. And despite a slow recovery in its travel and tourism businesses related to the COVID-19 pandemic, the entertainment giant is developing what it needs to soar as investors bet on the success of its fast-growing streaming platforms. 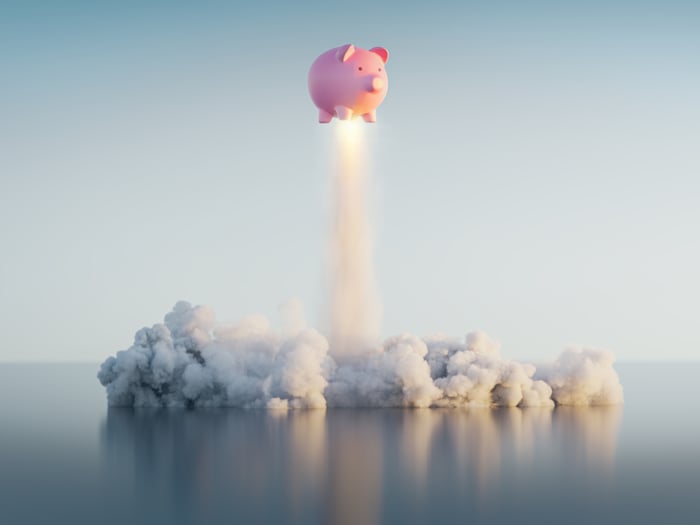 Management said it expects its streaming service Disney+ to boast 230 million to 260 million subscribers by 2024. The streaming total jumps to 350 million when you include Hulu and ESPN+ (up from 137 million currently) subscriber estimates. And while Disney+'s current average revenue per user of just $4.03 a month is relatively low compared to Netflix's $10.91, the company is working to bring that number up -- raising prices in April from $6.99 per month to $7.99 per month.

Disney's industry-leading intellectual property gives it an edge in this competitive market. The company owns high-profile assets like Marvel Entertainment and Lucasfilm, giving it a captive audience for Star Wars and Marvel-branded content like The Mandalorian and WandaVision, which will help attract new subscribers.

With a price-to-sales (P/S) multiple of 5.5, investors are pricing in a significant top and bottom-line expansion into Disney's stock price. But shares still look like a good deal compared to Netflix, which trades at 8.7 times sales. Disney's coronavirus-battered tourism business (first-quarter park and experiences revenue fell 53% year over year to $3.6 billion) is a likely cause for the discount. But mass vaccination efforts in the U.S. and the upcoming reopening of its California parks are encouraging signs for recovery.

CuriosityStream is a small-cap entertainment company that focuses on factual content like documentaries and short-form informational videos. With a market cap of just $795 million, the company is relatively tiny. But its well-differentiated content strategy can earn it an outsized share in the fast-growing subscription video on demand (SVOD) market.

Research company Statista expects the SVOD market to grow at a compound annual growth rate of 9.3% to reach $45.8 billion by 2025. So far, CuriosityStream is expanding much faster, with 2020 revenue growing 120% year over year to $39.6 million, powered by a 50% increase in subscribers to 15 million.

Management said it expects the expansion to continue, with sales growing 80% to at least $71 million in 2021. The company plans to maintain its momentum by creating original content and broadening its distribution strategy.

In 2020, CuriosityStream developed several original documentaries. These include Pompeii: Disaster Street, which focuses on ancient Rome, and Muck City, a docuseries that explores why one small Florida town is unusually successful in football. This kind of programming is the bread and butter of CuriosityStream's subscription service. The company plans to drive additional growth through corporate and educational partnerships and by licensing its content to bundled pay-TV packages.

With respective P/S multiples of 5.5 and 11.1 (based on forward guidance), Walt Disney and CuriosityStream boast optimistic valuations compared to the S&P 500's average of 3.1. But the premium is well deserved considering their rock-solid competitive moats and potential for sustained top and bottom-line growth as the megatrend toward streaming continues over the long term.