Please ensure Javascript is enabled for purposes of website accessibility
Log In Help Join The Motley Fool
Free Article Join Over 1 Million Premium Members And Get More In-Depth Stock Guidance and Research
By John Rosevear - May 4, 2021 at 11:02AM

Ferrari said that it will need an extra year to hit its profit goals because of pandemic-related spending cuts.

Ferrari (RACE -0.15%) said that its first-quarter profit rose 23% from a year ago, that its order book is at record levels despite the COVID-19 pandemic, and that it now expects its full-year results to hit the high end of its 2021 guidance.

But the company also said it is postponing its ambitious 2022 financial targets for a year because of its decision to reduce spending in the early stages of the pandemic.

How Ferrari performed in the first quarter

Ferrari records revenue for three business units, plus a catch-all category it calls "other." Here's a look at how each performed in the first quarter of 2021. 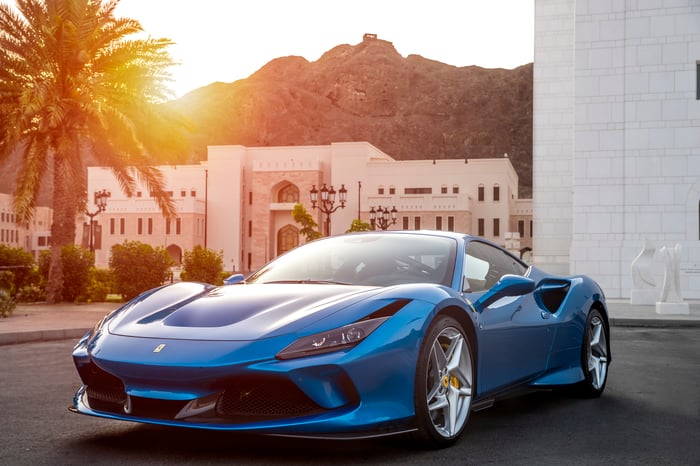 To sum it up: Ferrari's road-car business is performing well, while things are looking up a bit for the company's racing efforts after a challenging 2020.

Ferrari noted that exchange-rate movements -- mostly the U.S. dollar versus the euro -- had a negative impact of 22 million euros on its revenue for the quarter.

About those 2022 financial targets

Back in 2018, Ferrari presented its plan to roughly double its profits by the end of 2022. At the time, the company said that it would boost revenue and margins by launching 15 new products, including some in market segments it hadn't previously contested. (The plan includes an SUV-like vehicle called the Purosangue, due next year.) Specifically, the company targeted an increase in adjusted earnings before interest, tax, depreciation, and amortization (EBITDA) to between 1.8 billion and 2.0 billion euros per year, with an adjusted EBITDA margin of greater than 38%.

(For comparison, Ferrari generated adjusted EBITDA of about 1.14 billion euros in 2020, with a margin of 33%. "Adjusted" figures exclude one-time charges and credits.)

That's all still happening, but it'll happen in 2023 instead of 2022, the company said. Chairman John Elkann, who has been acting as Ferrari's CEO since the health-related departure of Louis Camilleri in December, said in a statement that the spending cuts that Ferrari put in place in the early days of the pandemic have led it to delay the goals. 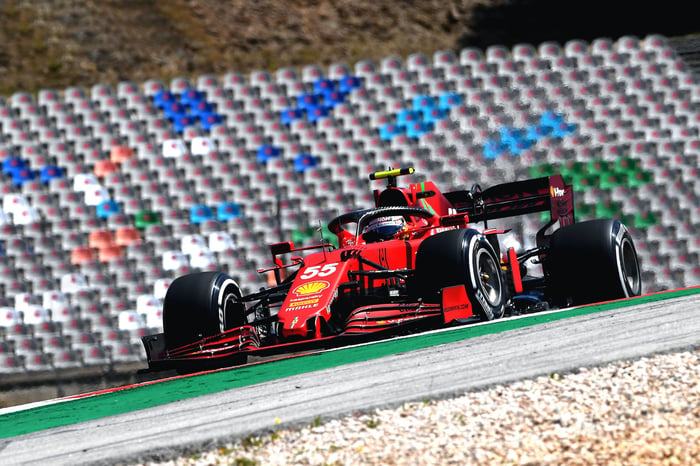 Back in February, Ferrari said that auto investors should expect a strong rebound in 2021 from its pandemic-impacted results in 2020. Here's the specific guidance it gave for 2021 at the time:

Ferrari maintained that outlook with its first-quarter earnings report, but said that it's now "confident" that it will reach the "top end of the 2021 guidance" ranges.

Data source: Ferrari N.V. "Adjusted" figures exclude one-time items and are provided to facilitate year-over-year comparisons; Ferrari had no one-time items in the first quarter of 2021.