Please ensure Javascript is enabled for purposes of website accessibility
Log In Help Join The Motley Fool
Free Article Join Over 1 Million Premium Members And Get More In-Depth Stock Guidance and Research
By Eric Volkman - May 4, 2021 at 7:54AM

The company is apparently far from done with cryptocurrencies.

PayPal Holdings (PYPL -0.49%) is determined to go even deeper into the world of cryptocurrencies, if a recent media article proves accurate. On Monday, cryptocurrency news site The Block reported, citing "four sources with knowledge of the situation," that PayPal has held discussions with numerous stablecoin developers; one specifically mentioned was blockchain specialist Ava Labs. This, the site suggests, indicates that the company could be soliciting partners to develop such a currency.

Unlike a traditional cryptocurrency like Bitcoin (BTC -5.05%), which essentially exists as a stand-alone instrument, a stablecoin is pegged to a "real world" asset such as the U.S. dollar. This theoretically makes it a more stable investment, although in practice there is no such thing as a "stable" financial product -- even the hardest of hard currencies or bluest of blue chip stocks experience volatility at least once in a while. 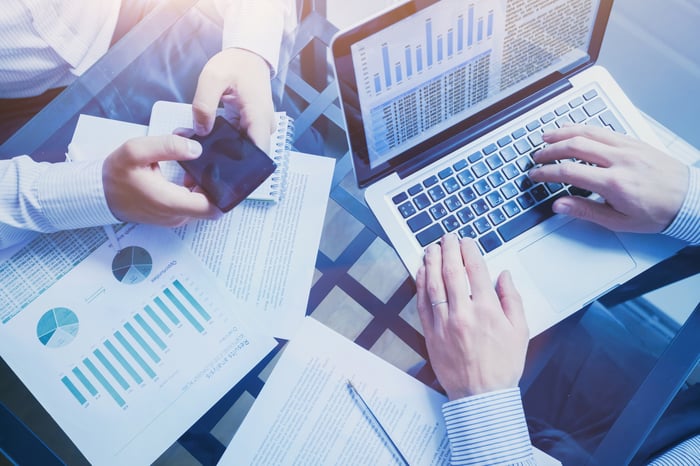 In response to The Block's article, an unnamed PayPal spokesperson told the site that, "As a global company working with regulators and industry partners throughout the world to shape the next generation of financial systems, the company is in frequent conversation about technologies that enable these goals."

"However, rumors and speculation are not predictive of the company's future plans," the PayPal official added.

One of the article's sources said that PayPal likely favors working with an outside developer, rather than building a stablecoin in-house, as it will get a product to market faster.

PayPal has been pushing into cryptocurrency rather aggressively recently. Late last year, it announced that its account holders would be able to transact in popular cryptos, including (of course) Bitcoin, via the PayPal mobile app and the company's popular peer-to-peer payment platform Venmo.