Please ensure Javascript is enabled for purposes of website accessibility
Log In Help Join The Motley Fool
Free Article Join Over 1 Million Premium Members And Get More In-Depth Stock Guidance and Research
By John Rosevear - May 4, 2021 at 11:25AM

Good earnings were overshadowed by some disappointing guidance.

Shares of Italian supercar-maker Ferrari (RACE -0.09%) were trading lower on Tuesday after the company reported its first-quarter earnings. Although the results were quite good, Ferrari said that the profit-growth targets it had expected to hit next year won't be hit until 2023.

Ferrari's first-quarter report was a good one. Operating profit rose 21% on strong demand for its newest V-8 sports car, while higher-end models helped push its operating margin to a very stout 26.3%, 2.7 percentage points higher than a year ago.

Ferrari also said that its order book is at a record level, and it now expects its full-year 2021 results to land at the high end of the upbeat guidance ranges it provided in February. 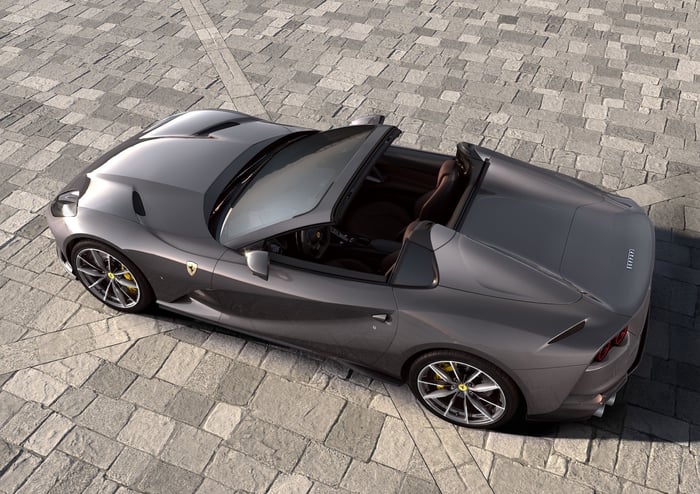 So why was the stock down? Because it won't hit an ambitious goal that it set in 2018 until 2023, a year later than planned.

Ferrari told auto investors in 2018 that it expected its profit to roughly double by 2022, with expanded profit margins driven by a range of new models (including the company's first-ever SUV). But it said on Tuesday morning that, because of cost cuts related to the COVID-19 pandemic, it's now pushing those goals off a year, to 2023.

Ferrari's home base is the city of Maranello in the region of northern Italy, which was hit especially hard by the initial outbreak of COVID-19 in Europe last year. Despite a hefty backlog of orders, Ferrari was forced to idle its two factories for several weeks. In response, it ratcheted down some of its future-product spending to ensure that it could get through the disruption without cutting employees.

The gist of what it said on Tuesday is that those cuts have led to delays in some of its upcoming products. That, in turn, led it to push off its ambitious profit goals until 2023.

But that said, all signs are that Ferrari's business is still on the right track, even if the profit train is running a bit behind schedule.