Please ensure Javascript is enabled for purposes of website accessibility
Log In Help Join The Motley Fool
Free Article Join Over 1 Million Premium Members And Get More In-Depth Stock Guidance and Research
By Keith Speights - Updated May 5, 2021 at 5:01PM

It wasn't the biotech's financial performance.

Editas Medicine (EDIT -1.49%) entered 2021 with tremendous momentum. That's definitely not the case anymore: Its shares are down more than 60% from their highs set in January.

The company announced its first-quarter results before the market opened on Wednesday. Investors pretty much yawned, with the biotech stock barely moving in early trading. Here are the highlights from Editas' Q1 update. 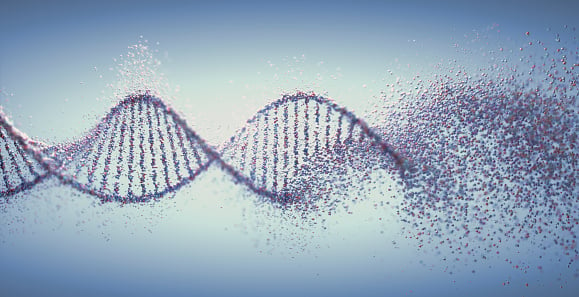 Editas reported revenue in the first quarter of $6.5 million, up 14% year over year. This result beat the Wall Street consensus estimate of $5.77 million.

Most of Editas' revenue in the first quarter stemmed from its collaboration with Bristol Myers Squibb in developing gene-editing cell therapies targeting cancer. The company's deteriorating bottom line resulted from increased spending on research and development and general and administrative expenses.

As is the case with most clinical-stage biotechs, though, Editas Medicine's Q1 financial performance didn't matter very much. Investors expected revenue would be minimal and the net loss would be relatively high.

There are two things that do matter for Editas, however: pipeline progress and cash position. Editas hasn't had much to report on the first front so far this year. Its cash position has improved thanks to a stock offering conducted in January. The downside to that offering was that it diluted the value of existing shares of the biotech.

Probably the biggest story for Editas in the first quarter was its executive upheaval. In February, James Mullen replaced Cynthia Collins as CEO. In its Q1 update, Editas also announced that Mark Shearman will join the company in June as its new chief scientific officer. Sherman will take the place of Charles Albright, who left Editas in January to pursue another opportunity.

There are plenty of developments for investors to look forward to this year. Editas expects to report results from the first two cohorts of a phase 1/2 study evaluating EDIT-101 in treating rare genetic eye disease Leber congenital amaurosis type 10 (LCA10) by year-end.

Goldman Sachs analyst Madhu Kuma isn't optimistic about those results and thinks that Editas' share price could fall more than 40%. However, positive news from the early-stage study would almost certainly light a fire beneath the stock.

Editas also is on track to begin dosing patients by the end of the year in a phase 1/2 study evaluating EDIT-301 in treating sickle cell disease. The company plans to file for U.S. approval by late 2021 to begin a clinical study of the gene-editing therapy in treating another rare blood disorder, beta thalassemia.