Please ensure Javascript is enabled for purposes of website accessibility
Log In Help Join The Motley Fool
Free Article Join Over 1 Million Premium Members And Get More In-Depth Stock Guidance and Research
By Howard Smith - May 5, 2021 at 4:44PM

The mining company made an offer to acquire another Canadian uranium exploration company.

Yesterday, Denison made an offer to Overseas Uranium Resources Development (OURD) to acquire 100% ownership of JCU, a subsidiary of OURD. In a statement, Denison management said "Denison welcomes the opportunity to build on its long history of partnership with OURD and JCU to effect the acquisition of JCU, as presented in the Denison Offer, and bring significant additional benefit to the shareholders of OURD." But there's a complication, too. 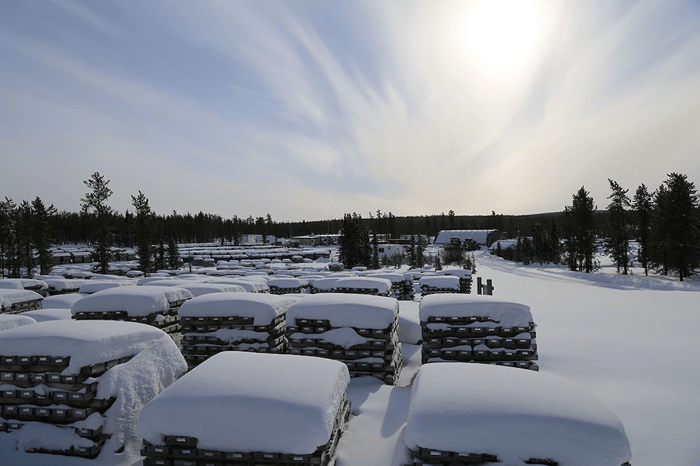 In late April, Canadian uranium and cobalt exploration and development company UEX also offered to acquire JCU, and it says that its deal is binding after it was approved by the OURD board of directors. UEX added in a statement, "The UEX Agreement with OURD is binding and enforceable and it is not open to OURD to consider any competing proposals."

Denison's flagship project is the Wheeler River uranium project in northern Saskatchewan, Canada. The project is 90% owned by Denison, with the remaining 10% belonging to JCU. Denison is offering to buy JCU with cash on hand for up to CAD$40.5 million, as well as the assumption of debt.

Denison said its offer is binding subject to "the termination of OURD's existing definitive purchase agreement with UEX Corporation in accordance with its terms." Shareholders today seem to think that Denison will be able to get the mining deal done.