Please ensure Javascript is enabled for purposes of website accessibility
Log In Help Join The Motley Fool
Free Article Join Over 1 Million Premium Members And Get More In-Depth Stock Guidance and Research
By Royston Yang - Updated May 5, 2021 at 10:48AM

The gaming and e-commerce company is rapidly expanding its reach in Southeast Asia.

Sea's shares have performed well this year, surging 28.8% year to date, and are trading close to their all-time high. 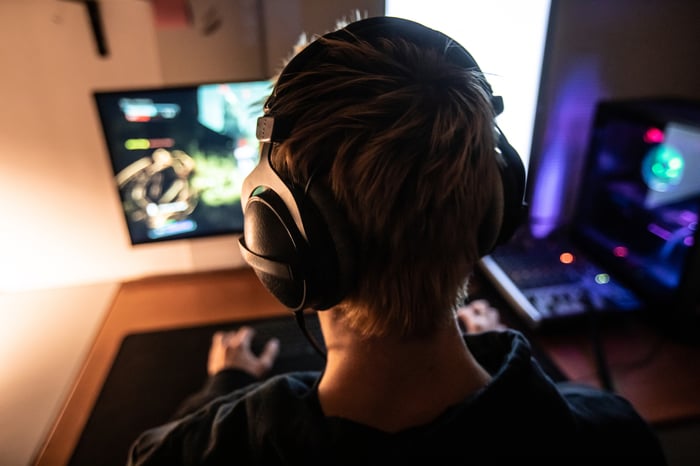 Free Fire more than quadrupled its revenue on a year-over-year basis for the quarter, and this strong growth was partly due to the removal of Epic Games' popular Fortnite from major mobile phone platforms. Separately, Garena also announced that it will publish Undawn, a new survival shooter game for desktops and mobile, in Indonesia, Malaysia, the Philippines, Singapore, Taiwan, and Thailand.

The company is firing on all cylinders as it continues to grow its game franchise and expand its e-commerce reach in Asia. Shopee just inked an agreement with Maxis, one of Malaysia's telecommunication operators, to launch a campaign for the Muslim Hari Raya holiday in May. It will provide Malaysians with access to over 3,000 products, further encouraging the use of Sea Limited's e-commerce platform.

The digital financial services division under SeaMoney is also rapidly gaining traction, with more than 23.2 million quarterly paying users for its mobile wallet in the fourth quarter, up from 10 million in 2020's first quarter. Total payment volume also jumped from $1 billion to $2.9 billion in just three quarters. Digital payments in Asia are expected to triple to $1.5 trillion by 2030, providing ample growth opportunities for Sea Limited.