Please ensure Javascript is enabled for purposes of website accessibility
Log In Help Join The Motley Fool
Free Article Join Over 1 Million Premium Members And Get More In-Depth Stock Guidance and Research
By Brett Schafer – May 6, 2021 at 9:43AM

Share prices are already up 32% year to date, but that doesn't mean investors have missed the boat.

Alphabet (GOOG -2.63%) (GOOGL -2.63%) released its first-quarter 2021 earnings on April 27, beating analyst estimates by a wide margin. The tech giant's shares are now up 25% in the past three months alone, topping the S&P 500's performance during that timespan.

With the stock price up significantly and a market cap north of $1.5 trillion, investors might think they've missed the boat with Alphabet. But that couldn't be further from the truth. Here's why stock in Google's parent company is still a good value after its first-quarter earnings pop.

Alphabet's first-quarter earnings were simply fantastic. Revenue was up 34% year over year to $55.3 billion with operating income more than doubling to $16.4 billion. Alphabet two main segments, Google and Other Bets. The Google segment has several subsidiaries within it.  Going deeper into Google's subsidiaries, YouTube grew its sales a whopping 50% year over year to $6 billion in this latest quarter, which is almost as much as Netflix grossed in the first quarter. If YouTube keeps up these high double-digit percentage growth rates, it will be doing more in annual sales than Netflix sometime soon. Google's Cloud business didn't disappoint either, growing sales 46% year over year to $4 billion in the first quarter. 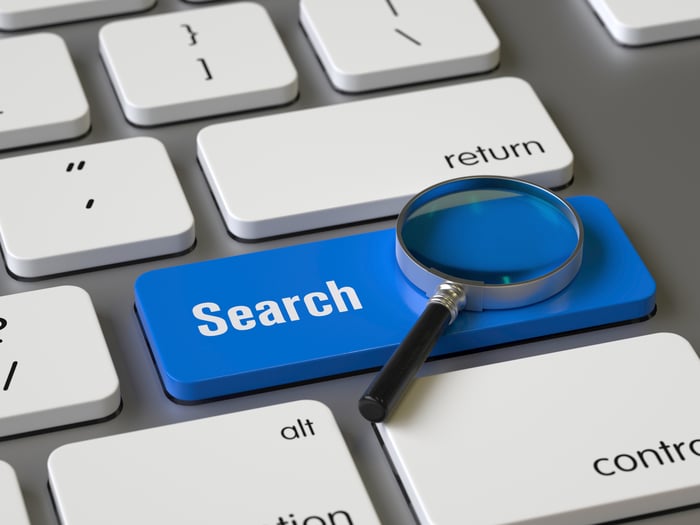 Don't forget Google's core search and advertising business either. Google Search and other properties like Google Maps and Gmail are doing as well as ever, with sales up 30% year over year in the first quarter.

In the Other Bets segment, self-driving start-up Waymo just announced it was expanding its taxi service to San Francisco. It is only in two cities (the other one being Phoenix), so it doesn't currently contribute any meaningful revenue overall, but it has a chance to rapidly expand its sales as its self-driving solution becomes better and better over the next decade.

Investors should remember that these numbers are being compared to the first quarter of 2020, which included the part of the year where the world was starting to feel some of the worst economic effects of the COVID-19 pandemic. This may make Google's growth look a little better than it truly is. However, there's no denying the company is firing on all cylinders at the moment, with no reason to think this won't continue for the foreseeable future.

A lot of investors get scared by Alphabet's trillion-dollar-plus market cap, thinking this metric alone makes the stock overvalued. But with almost $50 billion in operating income over the last 12 months, Alphabet stock trades at an earnings multiple of 31, which is actually below the average S&P 500 multiple at the moment (around 44). Alphabet also generated $73 billion in operating cash flow and $51 billion in free cash flow in the past year, which shows a strong conversion from income to the company's actual cash generation.

What's more, right now the Google Cloud subsidiary and Other Bets (which houses Waymo and other start-ups) are masking the true profitability of this business. Last quarter alone the two business units had a combined $2.1 billion operating loss. However, once the cloud services scale and Waymo potentially goes mainstream, these operating losses should reverse, boosting Alphabet's overall cash generation and margins over the next few years. Lastly, Alphabet announced a new $50 billion stock buyback program and is now buying back $10 billion worth of stock each quarter. These buybacks will reduce the number of shares outstanding, increasing Alphabet's earnings and cash flow per share.

Investing in a stock that is already up 32% in value just in 2021 can make you feel like you are playing catch-up. That is certainly the case with Alphabet right now. But the stock still trades at just 30 times free cash flow, and with all the opportunities for growth ahead of it, now is as good of a time as any to buy shares in this tech giant.