Please ensure Javascript is enabled for purposes of website accessibility
Log In Help Join The Motley Fool
Free Article Join Over 1 Million Premium Members And Get More In-Depth Stock Guidance and Research
By Evan Niu, CFA - May 6, 2021 at 12:02PM

Shares of HubSpot (HUBS 3.28%) are having a volatile trading day after the company reported first-quarter earnings results. The stock had gained as much as 2% at the open before dipping as much as 5%, and was down 3% as of 11:20 a.m. EDT. The company beat profit expectations and issued strong revenue guidance, but tech stocks have been under pressure for months.

Revenue in the first quarter increased 41% to $281.4 million, in line with Wall Street's forecast. That resulted in adjusted net income of $15.7 million, or $0.31 per share, which was better than the $0.29 per share in adjusted profits that analysts were modeling for. The customer relationship management (CRM) technology company ended the quarter with nearly 114,000 total customers. 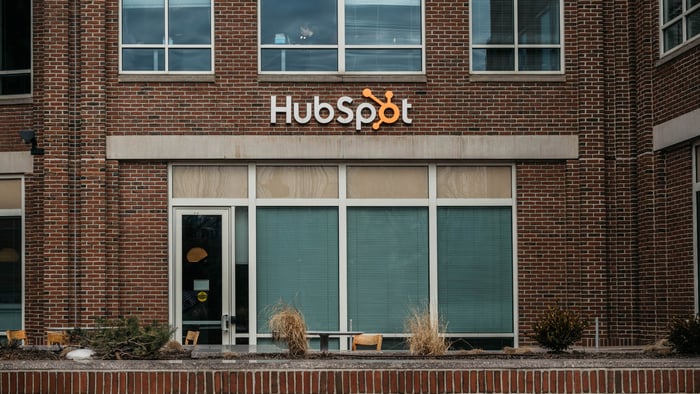 "We entered 2021 strong with the launch of Operations Hub and another quarter of tremendous growth across the business," Chief Customer Officer Yamini Rangan said in a statement. "We believe there's still a massive opportunity ahead as companies continue to adapt to doing business in a digital-first world."

HubSpot's guidance for the second quarter calls for revenue in the range of $293 million to $297 million, comfortably above the $278.3 million in sales that the market is looking for. Adjusted earnings per share should be $0.30 to $0.32, which is below the consensus estimate of $0.33 per share. The company is forecasting full-year revenue of around $1.24 billion, ahead of Wall Street's expectations of $1.17 billion.