Please ensure Javascript is enabled for purposes of website accessibility
Log In Help Join The Motley Fool
Free Article Join Over 1 Million Premium Members And Get More In-Depth Stock Guidance and Research
By Maurie Backman – May 8, 2021 at 5:18AM

Worried that a bear market is coming? Adding this ETF to your buy-and-hold portfolio should reduce the long-term pain.

When will the next stock market crash occur? If we could predict that with precision, it would spare us a lot of stress as investors. But while some people say the conditions are ripe for a near-term market downturn, the next bear may not rear its ugly head for months, or even years. And because market timing is a generally poor strategy, attempting to sell your stocks based on a hunch about when Wall Street is going to hit the skids is almost certain to cost you profits in the long run.

All that said, it's still important to be prepared for the day when stocks do take a turn for the worse. With that in mind, here's one investment that's perfect to hold before, during, and after a market crash, no matter when that crash occurs.

A solid investment for good times and bad

You'll often hear that a diverse portfolio is your ticket to making it through a stock market downturn. That's true, which is why it pays to invest in S&P 500 ETFs. 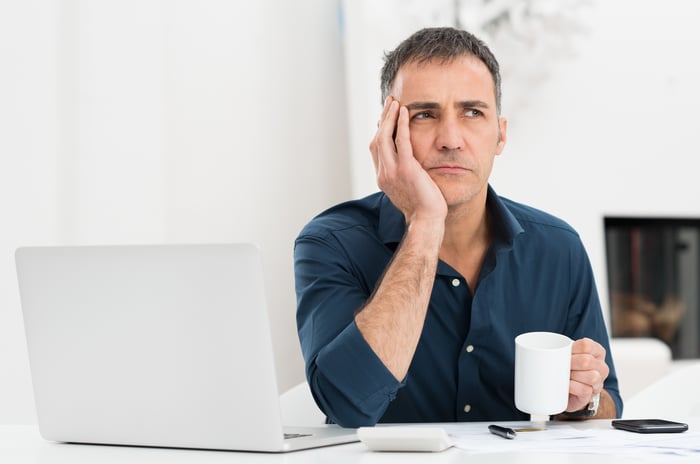 ETFs, or exchange-traded funds, allow you to put large swathes of the market into your portfolio with a single investment. And while there's a wide variety of different ETFs to choose from, each with its own constituents, for solid protection against the impact of market downturns, ETFs that track the performance of the S&P 500 index are a particularly smart choice.

Why so? The S&P 500, by nature, is extremely diverse. After all, it consists of 500 of the largest publicly traded U.S. companies by market capitalization.

In spite of those off years, though, over the past 30 years, the S&P has delivered an average total annual return of more than 12%. And some years were downright outstanding. In 1995, the index delivered a 37.58% return. More recently, in 2019, its return was 31.49%. Those strong results help make up for the years when its performance is poorer.

This is also why S&P 500 index funds are solid bets as long-term investments. While they may oscillate over the short term, if history is any guide, over the long run, they will serve you well -- mitigating the downside risks from individual stocks, and keeping you exposed to the broad market's general upward climb.

There are different S&P 500 ETFs you can choose from, but a good one to start with is the Vanguard S&P 500 ETF (VOO -1.52%). Since its inception in 2010, it has delivered an average yearly return of close to 16%. Now to be fair, this ETF was established after the Great Recession, which means there haven't been any major, prolonged market crashes since it kicked off (though stock values dropped substantially in March 2020 when the coronavirus pandemic first hit, that downturn was short-lived, and the overall market recovered well before the end of the year). But it also has an extremely low expense ratio of 0.03%, which should make it a top choice for investors.

We can't know for sure when stock values will tank, but it's a scenario we can prepare for. Putting an S&P 500 ETF into your portfolio is a smart move that will help you weather the crash, enjoy the rebound, and come out ahead in the long run.

This 1 ETF Is My Top Recommendation for New Investors

What Warren Buffett Would Most Likely Recommend Investors Do Right Now

How Many Stocks Should You Own?