Please ensure Javascript is enabled for purposes of website accessibility
Log In Help Join The Motley Fool
Free Article Join Over 1 Million Premium Members And Get More In-Depth Stock Guidance and Research
By Adam Levine-Weinberg – May 9, 2021 at 9:08AM

Amazon expects growth to remain robust in the second quarter, despite facing much tougher year-over-year comparisons. Indeed, the COVID-19 pandemic appears to have accelerated its already-impressive growth. 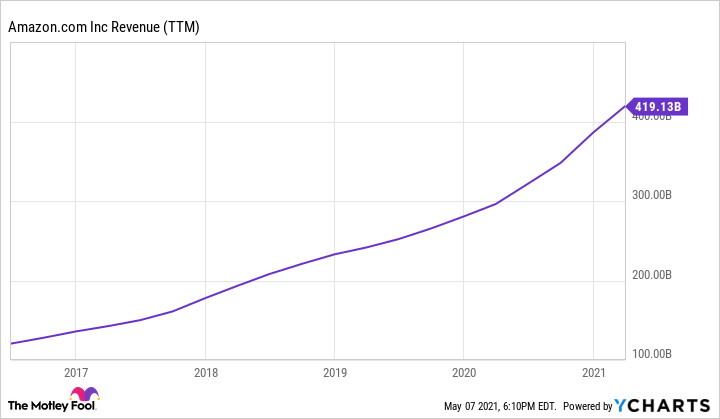 However, one of Amazon's biggest competitive advantages could erode over the next few years. And while that won't halt the company's growth entirely, it's a key reason why I'm not interested in paying nearly 60 times forward earnings to buy Amazon stock.

In its early years, Amazon made a name for itself by radically undercutting competitors on price. (Hence the famous Jeff Bezos quotation: "Your margin is my opportunity.")

Today, while Amazon still has fairly low prices, big-box competitors like Walmart (WMT -0.99%) and Target (TGT -0.35%) often have comparable or lower prices. Instead, convenience is Amazon's big differentiator. Over the past decade, Amazon has invested tens of billions of dollars to build a massive fulfillment network. It has warehouses near virtually every major city, a dedicated air cargo network to move goods between them, and an in-house delivery service to complement traditional parcel carriers.

Together, these investments allow Amazon to deliver goods quickly and cheaply. Fast, free package deliveries in turn represent the backbone of Amazon's Prime membership service. Prime has attracted over 200 million members who pay a considerable sum -- the regular price in the U.S. is $119 per year -- for the ability to have most anything delivered within a day or two (and sometimes even faster). Rivals with smaller e-commerce businesses can't afford to have fulfillment centers in every city. That makes it hard to match Amazon's delivery speeds -- or to offer free delivery with no minimum purchase. Walmart has come the closest with its Walmart+ membership program, but it's still a fraction of Prime's size.

Faced with a choice between ordering an item on Amazon and receiving it in a day or two with free Prime shipping versus trying to meet another retailer's order minimum -- and possibly waiting longer anyway -- most consumers stick with Amazon.

The advent of driverless delivery vehicles could rapidly erode Amazon's competitive advantage over the next decade or so. Most of Amazon's biggest rivals have massive store networks. As a result, they have goods positioned very close to customers. But last-mile delivery remains an expensive challenge.

Many retailers do fulfill some online orders from their brick-and-mortar stores. However, shipping items with a traditional parcel carrier is quite expensive, even over relatively short distances. Same-day delivery with a courier (like Target's Shipt service) is even pricier. Amazon's high volumes and insourced delivery network give it a big cost advantage, particularly for same-day and next-day deliveries. 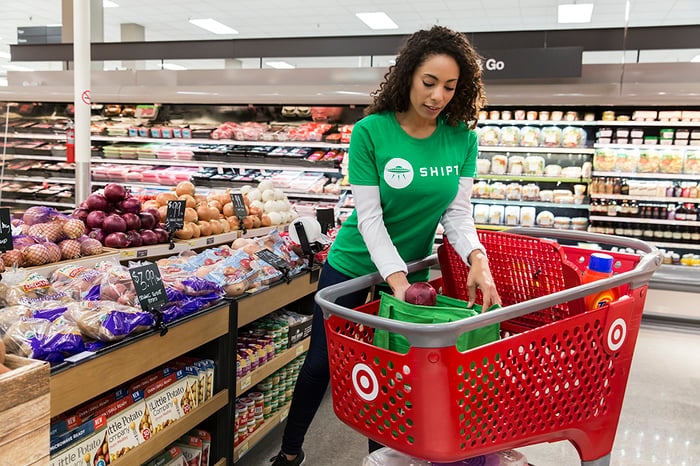 Autonomous delivery vehicles will be a game changer by driving down delivery costs. As costs decline, it should become possible for any retailer with a broad store network to offer free same-day or next-day deliveries to most consumers with no membership required and possibly even no order minimum.

Not surprisingly, Amazon is also investing in driverless delivery technology. Last year, it spent over $1 billion to buy Zoox, which is working on an autonomous ride-hailing service for now but could easily pivot to deliveries.

However, while Amazon will be able to match rivals on delivery cost and speed as driverless delivery vehicles take off, it probably won't be able to replicate its current advantage. If consumers can buy from Walmart, Target, Best Buy, Dick's Sporting Goods, and a wide variety of other retailers and get free same-day or next-day delivery, Amazon may become less of a "default" option for consumers. Plus, if other retailers are essentially giving away the core benefit of Prime, will consumers still be willing to pay $119 a year (or more) for free Amazon deliveries?

Perhaps Amazon will find a new way to differentiate itself and continue gaining market share. However, Amazon's advantage on delivery speed and cost arguably represents the biggest piece of its moat. With driverless delivery vehicles likely to undermine that moat over the next decade or so, Amazon stock's long run of outperformance could come to an end soon.