Please ensure Javascript is enabled for purposes of website accessibility
Log In Help Join The Motley Fool
Free Article Join Over 1 Million Premium Members And Get More In-Depth Stock Guidance and Research
By Keith Speights - May 10, 2021 at 5:52AM

These stocks have great track records of paying dividends as well.

You'll find quite a bit of variety when you look at the 100 most popular stocks on Robinhood. There are several meme stocks. Plenty of pot stocks. A boatload of tech stocks. And, yes, Robinhood investors like some dividend stocks, too.

Most of the dividend stocks on the trading platform don't provide yields that are super-attractive. However, here are three Robinhood stocks with high dividend yields. 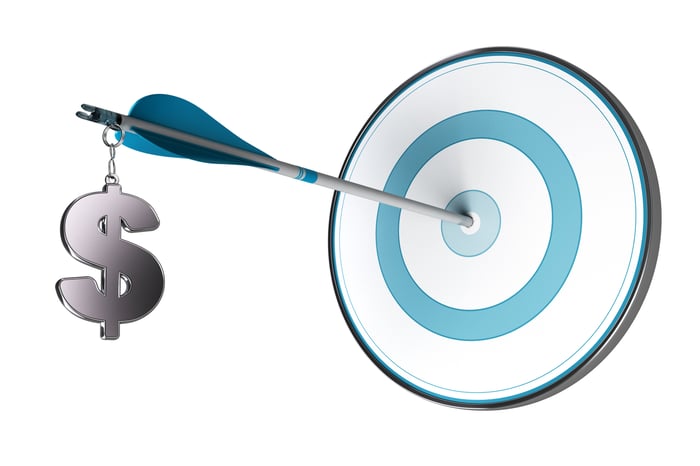 AT&T (T 1.27%) is perhaps a surprising member of the most popular stocks on Robinhood. The telecom giant hasn't been much of a winner in recent years. However, most investors probably wouldn't mind receiving AT&T's juicy dividend, which currently yields north of 6.4%.

The company ranks as a Dividend Aristocrat with 36 years of consecutive dividend increases. AT&T hasn't announced a dividend hike for 2021 yet, though. It's possible that its impressive streak could end, although the company could still boost its dividend by a tiny amount by the end of the year to preserve its Dividend Aristocrat status.

There are several knocks against AT&T. It continues to own a majority interest in DirecTV, which has experienced a major decline in subscribers. The company carries a hefty debt load on its balance sheet. Its dividend program, while attractive to shareholders, makes it harder for AT&T to compete in the capital-intensive telecom industry.

However, the company's investments in high-speed 5G wireless networks could pay off nicely. Its HBO Max business is picking up momentum. AT&T even posted surprisingly good Q1 results last month. Even if the stock doesn't deliver strong growth, the chances look pretty good that the great dividends will keep on coming.

Much of what you just read about AT&T also applies to ExxonMobil (XOM 0.87%). The energy stock has underperformed in recent years. Like A&T, though, ExxonMobil offers a tasty dividend with a yield of more than 5.6%.

Also like AT&T, ExxonMobil is a Dividend Aristocrat that could be on the verge of losing the prestigious status. The company has increased its dividend for 37 consecutive years. In 2020, though, ExxonMobil didn't announce a dividend hike for the next year. Don't dismiss the possibility for the huge oil and gas company to sneak in an increase later in 2021 to keep its streak of dividend increases going.

ExxonMobil faces one especially big problem: Countries and major corporations are scrambling to shift away from fossil fuels to cleaner renewable energy sources. However, the company thinks this transition will take a very long time, allowing it to continue profiting from its core business in the meantime.

Still, ExxonMobil recognizes that there's an opportunity with the focus on cleaner energy and reducing carbon emissions. The company wants to invest $100 billion to capture carbon emissions of oil refineries and petrochemical plants in the Houston, Texas, area and store the emissions underground. This project could give ExxonMobil a new way to grow revenue.

Pfizer (PFE 3.77%) has been a longtime favorite for income investors. The big drugmaker's dividend yield currently stands just below 4%. Pfizer initially planned to cut its dividend slightly when Viatris, which was formed by a merger of Pfizer's former Upjohn unit with Mylan, initiates its dividend program this month. However, the company's booming business allowed it to avoid reducing its dividend.

The primary driver of that business boom is Pfizer's COVID-19 vaccine. Pfizer now expects the vaccine will generate sales of $26 billion in 2021, up from its earlier outlook of $15 billion.

Sales for the COVID-19 vaccine could be even higher over the next couple of years. Pfizer and its partner BioNTech appear to be close to finalizing a deal with the European Union to supply up to 1.8 billion doses through 2023. The two companies could (and likely will) secure other big supply agreements for 2022 and beyond as well.

Pfizer appears to be in a great position to deliver solid revenue and earnings growth at least over the next five years. After that, the company's fortunes will depend in large part on how its pipeline candidates fare. However, investors should be able to count on Pfizer's dividend for a long time to come.