Please ensure Javascript is enabled for purposes of website accessibility
Log In Help Join The Motley Fool
Free Article Join Over 1 Million Premium Members And Get More In-Depth Stock Guidance and Research
By Lou Whiteman - May 10, 2021 at 2:10PM

The EV company is lacking a spark to get investors excited.

Shares of Fisker (FSR 3.90%) traded down about 10% on Monday, a bad day for a lot of electric vehicle (EV) stocks. Investors are getting nervous about EV start-ups, and Fisker's delayed timetable to launch its vehicle is not doing much to help.

Electric vehicle stocks were all the rage in 2020, but that enthusiasm has been tempered of late by worries about the onslaught of competition coming from both traditional automakers and start-ups, as well as the complexity of bringing a mass-market vehicle to market.

The sector was under pressure on Monday after Workhorse Group reported a first-quarter loss of $120.5 million on revenue of just $521,000. Analysts were expecting a big loss, but the revenue number was less than one-quarter of what was expected. 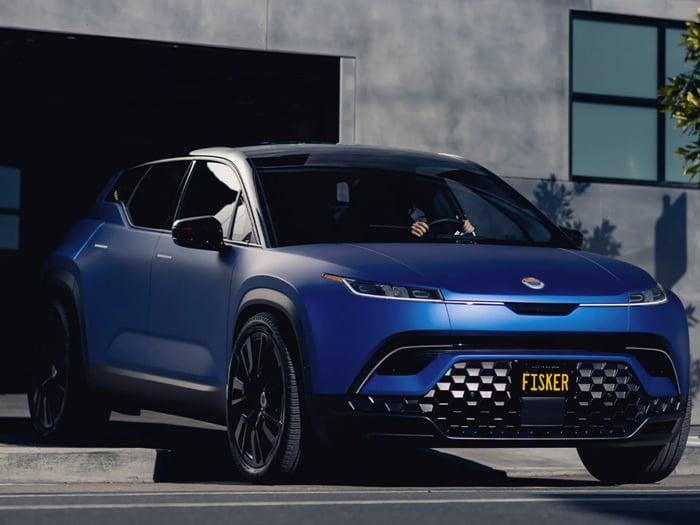 The company blamed "bottlenecks within the global supply chain," among other items, for its difficulties. Those are issues that are not confined to just one company.

Fisker won't release its first-quarter results until May 17. But the stock could be taking a hit on Monday due to the company's Friday night disclosure that it "remains on target" to start production of its Ocean vehicle in the fourth quarter of 2022, with plans to unveil the production version this November.

Some have worried that timeline will mean the Ocean is late to the market, and there has been speculation that Fisker might deliver the Ocean sooner.

On paper, there is a lot to like about Fisker. The company stands out from the competition in that it is focused purely on design, engineering, and marketing, with plans to leave actual vehicle manufacturing to partners including Magna International. That should remove some of the lower-margin parts of the auto business, and allow Fisker to avoid the inevitable stumbles that come with scaling up manufacturing.

The problem is, we are still more than a year away from seeing that potential realized. Investors right now don't have that sort of patience, and the stock has traded off as a result.